The safety of children could be at risk when they undergo common procedures involving sedation, such as for fracture reduction, laceration repair, and incision and drainage of an abscess.

As a recent study published in Pediatric Emergency Care found, 72% of the episodes of prolonged hypoxia were preceded by decreases in ETco2 as measured by capnography. This suggests that the use of capnography would enhance patient safety by decreasing the frequency of hypoxia during sedation in children. A capnograph is monitoring device that measures the concentration of carbon dioxide that a person breathes out in exhaled air and displays on a numerical readout and waveform tracing. (The capnograph used in this study was provided on loan by Nellcor Purtian Bennett, LLC, doing business as Covidien.)

“Medical guidelines for monitoring during general anesthesia recognize the importance of monitoring with capnography,” observes Dr. Melissa Langhan (Assistant Professor of Pediatrics, Emergency Medicine, at Yale School of Medicine). “Unfortunately, continuous capnography is not routinely used outside of the operating room. Capnography can really enhance patient safety, and healthcare professionals need to think about using it more often. As our study found, using capnography enhanced patient safety, by being able to detect declines in end tidal CO2 indicating hypoventilation which could lead to hypoxemia.”

Dr. Langhan and her colleagues at the Section of Emergency Medicine, Department of Pediatrics, at Yale University School of Medicine analyzed children undergoing common procedures involving sedation. A breakdown of the study subjects is provided below:

We wanted to assess the degree of hypopneic ventilation, which is very difficult to detect on clinical exam. Once we enrolled our children, we were monitoring with capnography. We found that 50% of our subjects had declines in their end tidal CO2 values indicating hypopneic hypoventilation.  Some of those were transient, but about one-third of our patients had persistent declines in end tidal CO2. We then found that about one-fourth to a third went on to declines in their pulse oximetry. So, our patients who had declines in end tidal CO2 were six times more likely to go on to develop hypoxemia, than those who did not.

The findings of the study conducted by Dr. Langhan and her colleagues are similar to other studies of hypopneic hypoventilation involving other sedations. For example, in the study conducted by Dr. Jenifer Lightdale and her colleagues, an analysis of how best to monitor children undergoing elective gastrointestinal procedures with moderate sedation in a pediatric endoscopy unit was looked at.

As Dr. Lightdale concludes about her study:

The current standard of care for monitoring all patients receiving sedation relies overtly on pulse oximetry, which does not measure ventilation. Most medical societies and regulatory organizations consider moderate sedation to be safe but also acknowledge serious associated risks, including suboptimal ventilation, airway obstruction, apnea, hypoxemia, hypoxia, and cardiopulmonary arrest. The results of this controlled trial suggest that microstream capnography improves the current standard of care for monitoring sedated children by allowing early detection of respiratory compromise, prompting intervention to minimize hypoxemia.

Dr. Langhan recounts the instance of a girl who arrived at the emergency room with a dislocated her elbow. Because the girl had to lay prone on the stretcher during the procedure, it was difficult to assess her respiratory rate and respiratory effort. As Dr. Langhan recalls:

One of the things that I thought about was adding capnography to help monitor her ventilation. Luckily, everything went well, but it was really helpful to have capnography there in order to see how well she was breathing and not having any adverse effects from the sedation itself.

In another instance, Dr Langhan recalls an intoxicated adolescent. While he was waiting, he was being continuously electronically monitored with a capnography, as well as with pulse oximetry and a heart rate monitor.

As I walked by the room, I heard his capnography monitor beeping, and when I went in there, the patient was apneic. Meanwhile his heart rate monitor and his pulse oximetry were all normal. In fact, his mom was sitting next to him and no one may have noticed that he had become apneic if it hadn’t been for that monitor.

“We do a lot of sedations in the emergency department. It is helpful to know the limitations of our sedations, when our patients are getting into trouble, and when to enhance patient safety in those cases,” concludes Dr. Langhan. 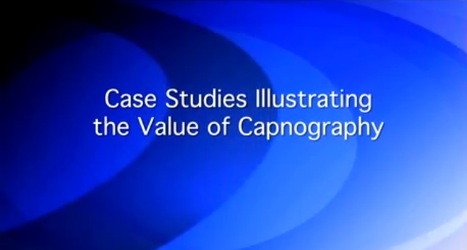 “Both hypoventilation and hypoxia have been cited as risk factors for death and serious adverse events in children undergoing sedation and there is an immediate change seen on the capnography monitor for the physician or nurse to act upon. When hypoventilation is recognized through the use of capnography, it can be intervened upon earlier and thus reduce the frequency of hypoxemia seen in these patients.”

One thought on “Ensuring child safety during common medical procedures”