Real time monitoring of the adequacy of ventilation (i.e. how much carbon dioxide a patient breathes out) could saved Leah’s life.

Real time monitoring of the adequacy of ventilation (i.e. how much carbon dioxide a patient breathes out) could save patients’ lives, recent research suggests.

Just ask Lenore Alexander, whose daughter Leah had elective surgery for pectus carinatum, a fairly common condition where the sternum protrudes forward caused by an overgrowth of cartilage. 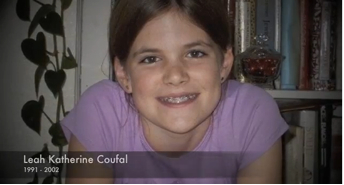 For the youtube video produced by The Empowered Patient Coalition on Leah and other children who died in hospital, please click on Leah’s picture.

“Leah was a healthy 11-year-old girl. In the surgery,” says her mother, “the doctors used an epidural anesthetic, which was left in place for post-operative pain management. I stayed with Leah that night and finally fell asleep after being up for more than 36 hours, ever since Leah checked in.  When I woke up two hours later, I found Leah dead. My screams were what alerted hospital staff that something had happened to Leah.”

“Leah was not monitored, either by a pulse oximeter or capnograph,” says Ms. Alexander. “Had she been monitored, perhaps she would still be alive today.”

To prevent respiratory depression, patients need to be monitored in real time, and not just when caregivers periodically check on their patients. Capnography is the only way to assess adequacy of ventilation (not oxygenation) for patients on controlled mechanical ventilation. If patients on a ventilator become hypoxic for whatever reason, and the pCO2 stays constant, they do not necessarily become agitated (hypercarbia induced catecholamine release and agitation). They simply go to sleep. The pulseox will not alarm in hypercarbic or hypocarbic states in the face of normal oxygenation. Therefore, capnography is necessary to assess whether ventilation is proceeding normally in real time. It also assesses possible bronchospasm, thumbnail guesses of deadspace and of course, whether the patient has air entering the trachea after intubation. It gives a tremendous amount of useful information at a glance and also allows troubleshooting in real time.

According to Dr. Jenifer Lightdale (Director, Patient Safety and Quality, Division of GI/Nutrition, Children’s Hospital Boston), “Current guidelines for monitoring patient safety during moderate sedation in children call for continuous pulse oximetry and visual assessment. Pulse oximetry does not measure ventilation.  We did a study a few years ago that showed that capnography improves the current standard of care for monitoring sedated children by allowing early detection of respiratory compromise, prompting intervention to minimize hypoxemia.”

In the study conducted by Dr. Lightdale and her colleagues, the goal was to determine whether intervention based on capnography indications of alveolar hypoventilation reduces the incidence of arterial oxygen desaturation in nonintubated children receiving moderate sedation for nonsurgical procedures. The investigators found that capnography indicated alveolar hypoventilation during 56% of procedures and apnea during 24%.

“End-tidal carbon dioxide monitoring is widely available and currently routinely used for intubated patients,” says Dr. Lightdale. “Several studies have found that continuous monitoring by capnography even if a patient is ventilating on their own, without being intubated, is feasible in very young children. Capnography could be applied more frequently in other clinical situations, such as in pediatric intensive care units. Moreover, the results of our study may be generalizable to adult populations in a variety of settings.”

Capnography is currently the only way to monitor in real time the adequacy of ventilation. Medical guidelines for monitoring during general anesthesia recognize the importance of monitoring with capnography. Unfortunately, continuous capnography is not routinely used outside of the operating room. Capnography can really enhance patient safety, and healthcare professionals need to think about using it more often. As our study found, using capnography enhanced patient safety, by being able to detect declines in end tidal CO2 indicating hypoventilation which could lead to hypoxemia.

In the study conducted by Dr. Langhan and her colleagues at the Section of Emergency Medicine, Department of Pediatrics, at Yale University School of Medicine, they analyzed children undergoing common procedures involving sedation, such as for fracture reduction, laceration repair, and incision and drainage of an abscess. 72% of the episodes of prolonged hypoxia were preceded by decreases in ETco2 as measured by capnography. This suggests that the use of capnography would enhance patient safety by decreasing the frequency of hypoxia during sedation in children.

We wanted to assess the degree of hypopneic ventilation, which is very difficult to detect on clinical exam. Once we enrolled our children, we were monitoring with capnography. We found that 50% of our subjects had declines in their end tidal CO2 values indicating hypopneic hypoventilation.  Some of those were transient, but about one-third of our patients had persistent declines in end tidal CO2. We then found that about one-fourth to a third went on to declines in their pulse oximetry. So, our patients who had declines in end tidal CO2 were six times more likely to go on to develop hypoxemia, than those who did not. 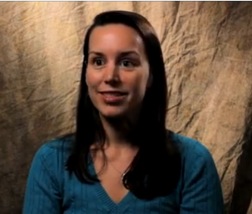 To view the YouTube video interview with Dr. Langhan on her study, please click on her picture.

Can we prevent another outcome like Leah’s? Her mother sincerely hopes so:

It is truly incomprehensible that Leah’s death could have been prevented by monitoring. I urge all parents to ensure their children are continuously monitored in real time after surgery, so another mother does not have to suffer the loss and heartache that I have had to endure.

5 thoughts on “Would Real-Time Monitoring Have Saved Leah?”