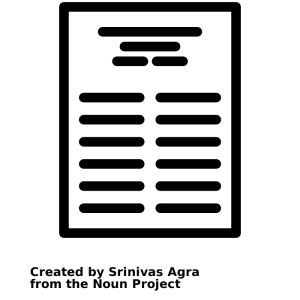 The mission of the Physician-Patient Alliance for Health & Safety is to improve patient safety and the quality of patient care.

In an analysis by researchers at Yale University and the University of Pittsburgh, they found that some racial and ethnic minorities are more likely to die of COVID-19 than whites. 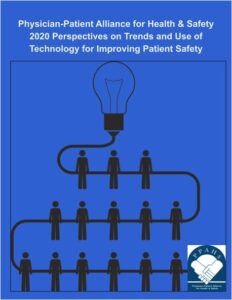 In this annual report, we present 5 healthcare innovations and technology predictions for 2020 (the uses of technology discussed are not new, but we believe that their adoption, acceptance, and use will increase). This report also discusses what we at the Physician-Patient Alliance for Health & Safety (PPAHS) have done to foster innovation and technology adoption.

Movement is a critical factor to improving patient health. Patient ambulation, the ability to walk from place to place independently with or without an assistive device, is necessary to improve joint and muscle strength, as well as prevent pressure ulcers during extended bed rest. It is a critical factor in improving patient well-being while in hospital, as well as reducing total length of stay.

Patients Receiving Opioids Must Be Monitored With Continuous Electronic Monitoring 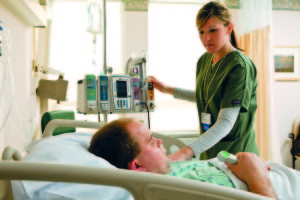 Much of the public attention has been focused on the harm caused by prescription use and abuse of opioids. However, there is another facet that must be focused on: opioid-induced respiratory depression in clinical settings.

This includes patients undergoing moderate and conscious sedation, or recovering from procedures and managing pain using a patient-controlled analgesia (PCA) pump, particularly those during the postoperative period. To read the PPAHS position statement on continuous monitoring, please click here.

Position Statement on Concomitant Use of Benzodiazepines and Opioids

One of the commonly overlooked complications to safe opioid administration is failing to account for the additive sedation effects of non-opioid medication. In recognition of these dangers, in August 2016, the FDA issued its strongest warning about combined use of opioids and benzodiazepines and issued another caution more recently on September 20, 2017.

To further emphasize that the concomitant use of benzodiazepines and opioids may be a deadly combination, the Physician-Patient Alliance for Health & Safety released a position statement, “Patients Receiving Benzodiazepines, in Combination with Opioid Analgesics, May Suffer from Respiratory Compromise and Death.” 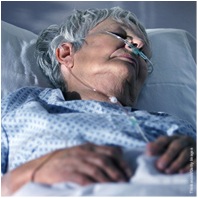 These toolkits may help improve patient safety and the quality of patient care:

OB VTE Safety Recommendations – just some of the references that were used in developing these recommendations: