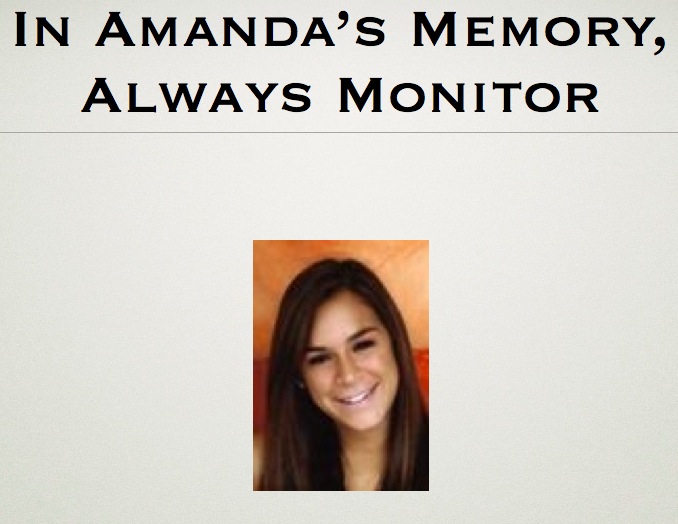 On the sixth death anniversary of 18-year old Amanda Abbiehl, July 17, 2016, the Physician-Patient Alliance for Health & Safety (PPAHS) noted that the motto of A Promise to Amanda Foundation – “Capnography Saves Lives” – is increasingly being realized.

“The passing of Amanda is a powerful reminder of the need for continuous electronic monitoring,” said Michael Wong, JD (Executive Director, PPAHS). “Since the inception of PPAHS, we have advocated for the safer use of opioids. Opioid Safety, for patients receiving opioids in hospital and healthcare facilities, is the management and minimization of the risks of respiratory compromise, adverse events, and death through continuous respiratory monitoring with pulse oximetry for oxygenation and with capnography for adequacy of ventilation.” 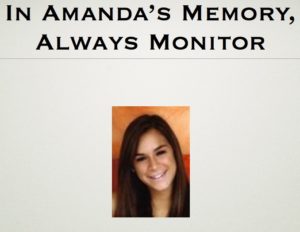 Amanda was admitted to hospital for “severe strep throat.” Her parents, Brian and Cindy Abbiehl, write about what happened to Amanda:

Our 18-year old daughter, Amanda, was admitted to a local hospital on Thursday, July 15, of 2010.  She was dehydrated, had lost at least 10 pounds, and had a virus that was causing a great deal of pain in her mouth and throat. Our family physician’s plan was to rehydrate her and put her on antibiotics for both viral and bacterial infection.  This was to help jump start her system and hopefully she would be back home with us in a couple days.

The rest of Thursday was a rough day for Amanda. The morphine that the hospital staff was giving her was not getting rid of the pain. Moreover, Amanda’s tonsils and uvula were extremely swollen. She was still not interested in eating; even drinking hurt. To help manage her pain, Amanda was put on a PCA pump that allowed her to control the pain medication used (hydromorphone).

The next morning Amanda was found unresponsive and died.

Association for Radiologic and Imaging Nursing (ARIN) – “ARIN endorses the routine use of capnography for all patients who receive moderate sedation/analgesia during procedures in the imaging environment. This technology provides the critical information necessary to detect respiratory depression, hypoventilation, and apnea, thus allowing the timely initiation of appropriate interventions to rescue the individual patient. Capnography use is associated with improved patient outcomes. Capnography should be used at all times, regardless of whether sedation is administered by an anesthesia provider or a registered nurse credentialed to administer moderate sedation/analgesia medications.”

American Academy of Pediatrics (AAP) and American Academy of Pediatric Dentistry (AAPD) – The lead guideline author Charles J. Coté, MD, explained that the updated guidelines contain two major changes, “The first has been to add capnography monitoring of children who are deeply sedated and to encourage capnography for children who are moderately sedated. Capnography measures expired carbon dioxide to ensure airway patency and gas exchange.”