While WHO statistics are mind-numbing, what they don’t show is that the COVID pandemic has disproportionately affected some American communities more than others. In an analysis by researchers at Yale University and the University of Pittsburgh, they found that:

According to Dr. Anthony Fauci (as reported by CNBC), state level data demonstrate that black people are disproportionately dying from COVID-19:

In a statement from the American Heart Association (AHA) about racial disparities in cardiovascular care, the AHA stated:

The burden of cardiovascular disease in the African American community remains high and is a primary cause of disparities in life expectancy between African Americans and whites. 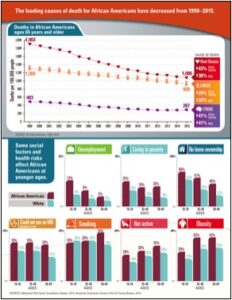 Black Lives Matter: Racism is Unacceptable in Any Form

The deaths of George Floyd, Ahmaud Arbery, Tony McDade, Breonna Taylor, and countless other deaths that are unreported in the news are extremely troubling. According to a database compiled by the Washington Post, since January 1, 2015, 1,252 black people have been shot and killed by police. In discussing this data, the Washington Post reported:

These disparities, inequities, and structures of violence and racism are completely unacceptable and should not be tolerated any longer. As the Association of Black Cardiologists recently stated:

“Like cardiovascular disease, acts of violence and racism are core causes of psychosocial stress that promote poor well-being and cardiovascular health, especially for communities of color. Given that heart disease and stroke are the leading causes of death for communities of color, particularly African-Americans who have the lowest life-expectancy of all racial/ethnic groups living in the United States, we are extremely disturbed by violent acts that cut to the core of the lives of our community. Therefore, along with other leading health organizations, we DENOUNCE incidents of racism and violence that continue to ravage our communities … The profound grief and stress triggered by these events, as well as the consequences for black lives, contribute significantly to cardiovascular risk. Each episode has emotional and physiological effects on individuals and all communities.”

Patient Care is for All Patients

Patient care is for ALL patients. 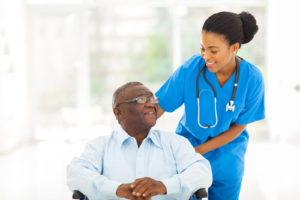 We welcome everybody and provide a free service to ALL patients.

One thought on “Black Lives Matter, Healthcare Inequalities, and the Need for Systemic Change”