Reported errors with patient-controlled analgesia – estimated at between 600,000 to 2 million PCA errors each year – are just the tip of the iceberg.

Many readers emailed studies, suggestions, and comments regarding the estimate of 600,000 to 2 million PCA errors each year. These readers not only indicated the magnitude of the problem, but also a way to detect respiratory depression. Here are these further studies and thoughts. 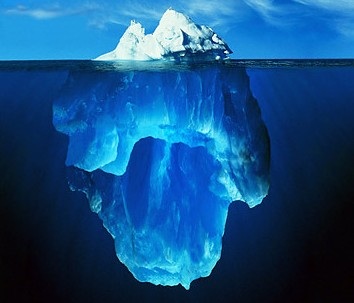 Dr Richard Dutton (Executive Director, Anesthesia Quality Institute) “PCA errors certainly occur, both in programming and in delivery, but any published estimate is likely to be only the tip of the iceberg.”

First, regarding Professor Rodney Hicks’ rule of thumb that for every reported error, there are 300-1000 unreported instances, thank you Professor Hicks for supplying your unpublished dissertation, from which sources for his rule of thumb were given.

Although there have been a lot of studies on error reporting, probably the best two that support this estimate are:

Second, corroborating studies provided by many readers shows how widespread is the usage of PCA. 0.1-1.0% of patients receiving PCA have serious respiratory depression, according to Dr. Richard Moon (Professor of Anesthesiology and Associate Professor of Medicine, Duke University Medical Center). In his presentation at the Anesthesia Patient Safety Foundation (APSF) workshop in 2006, Dr. Moon presented a talk entitled “Postoperative Pain Control and Respiratory Depression”, “Dr. Moon described how the fractal analysis of inter-breath intervals of these patients correlated with mean end-tidal CO2. He recommended that strategies to prevent opioid-induced respiratory depression should include patient triage, appropriate dosing, genetic screening (in the future), and bedside monitoring.”

When looking at the incidence of respiratory depression, Dr. Moon’s analysis is supported by the study by Dr Frank Overdyk (Professor of Anesthesiology and Perioperative Medicine at the Medical University of South Carolina) and his colleagues. This study found that when postsurgical patients undergoing PCA therapy were monitored with continuous oximetry and capnography, respiratory depression was identified in 41% of the patients. Moreover, as this study concluded:

Our incidence of RD by bradypnea is significantly higher than the 1%–2% incidence in the literature, using the same threshold criteria but more stringent duration criteria, while our incidence of RD based on desaturation is consistent with previous estimates. We conclude that continuous respiratory monitoring is optimal for the safe administration of PCA, because any RD event can progress to respiratory arrest if undetected.

In a study led by Professor Hutchison, more instances of respiratory depression were detected in the capnography monitored patient group than the group without such monitoring: