The Physician-Patient Alliance for Health & Safety wishes you and your loved ones a Happy and SAFE New Year! 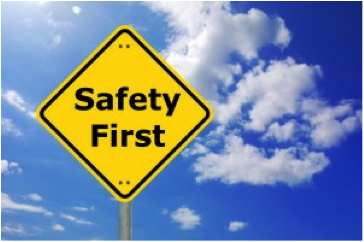 We particularly emphasize SAFE, because the latest news on patient safety shows that there is a lot work yet to be done … or perhaps we haven’t started? …

No Improvement in Patient Safety in Last 15 Years

HC Pro’s Patient Safety Monitor reports that, according to health experts testifying to a Senate subcommittee, that there has been no improvement in patient safety in the last 15 years:

No one minced words at the hearing for the Subcommittee on Primary Health and Aging on July 17, as health experts testified that patient safety has remained largely stagnant for the last 15 years. In some respects, it’s worse, failing to prevent as many as 400,000 patient deaths each year, four times more than estimates from the Institute of Medicine (IOM) in 1999.

That said, if you have a choice of hospitals, data from AHRQ’s Healthcare Cost and Utilization Project suggests that being admitted at a hospital in the West is preferable to going to one in the South:

Pregnancy-related deaths on the rise in the US

Moreover, a new study has found that even something as common as childbirth may no longer be safe:

A century ago, deaths during pregnancy or childbirth were not uncommon; however, advances in prenatal care have made great strides in increasing the likelihood of a good outcome for both mothers and their offspring. However, a new study has reported that pregnancy-related mortality has increased in recent years in the United States.

Maureen F. Cooney, DNP, FNP, BC (Westchester Medical Center, Valhalla, NY), who spoke at the inaugural meeting of the National Coalition to Promote Continuous Monitoring of Patients on Opioids, says the answer (at least for patients receiving opioids) is continuous monitoring. However, she reminds us that technology alone is not the answer. We also need trained bedside nurses to keep patients safe from opioids and the dangers of high-alert medications:

Continuous monitoring of patients receiving opioid therapy to prevent opioid-related respiratory depression certainly offers the hope of reducing devastating outcomes from our well-intended efforts to assure patient comfort. However, in this climate of rapid, high-tech, outcomes-driven healthcare, it is essential to keep in mind the end user—particularly the bedside nurse.

Thanks @HIEcentral for tweeting about this!