First, our apologies to Nike – we would like to use the phrases “Just Do It” and “Just Don’t Do It” to sum up this week’s must reads: 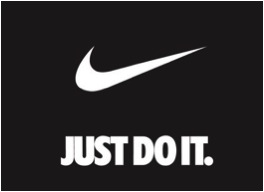 The AAGBI believes that the routine use of capnography to monitor patients outside of the operating room will have a major impact on deaths:

The AAGBI publications “Recommendations for standards of monitoring during anaesthesia and recovery” (4th edition) 2007 and “Capnography outside the operating room” 2009 recommend continuous capnography in all patients who are anaesthetised or intubated, regardless of their location in the hospital, or the type of airway device used. In addition, continuous capnography is recommended for all patients undergoing deep sedation or any sedation where the airway cannot be directly observed, and should be immediately available during the treatment of cardiac arrest. Whilst the use of capnography is routine in the operating theatre, this is not so in other areas of hospital practice, and the AAGBI recognises that the practice of moderate sedation using agents such as propofol is increasing. The AAGBI would also like to alert the membership to two important recent publications and to strengthen our recommendations on the routine use of capnography. This has the potential to have a major impact on deaths due to airway complications outside the operating theatre.

To read PPAHS’ perspective on the AAGBI statement and the BBC report on it, please click here.

For those who might think that the AAGBI recommendations are not applicable in the US, Respiratory Care & Sleep Medicine recently reported on the American Society of Anesthesiologists position on capnography monitoring, saying:

Just Don’t Do It!

ABC News recently reported on the WHO position on C-Sections:

Cesarean sections save lives, but the World Health Organization says they shouldn’t be performed unless they’re medically necessary. They’re necessary when the baby is in distress or in an abnormal position, or when the mother’s labor has become prolonged, the organization said, adding that c-sections should generally only happen in about 10 or 15 percent of births.

This echoes what Peter Cherouny, MD (Emeritus Professor, Obstetrics, Gynecology, and Reproductive Sciences, University of Vermont; Chair and Lead Faculty of the Institute for Healthcare Improvement Perinatal Improvement Community) recently spoke about on this podcast.

On May 20, 2010, Anna Frutiger sadly passed away after deep vein thrombosis (DVT) was not diagnosed.

Anna’s family is sharing her story to show that a blood clot can happen to anyone, at any age, and at any time, and that awareness of signs and symptoms of DVT and PE helps save lives. Anna’s story has already saved the lives of several individuals who had similar symptoms and sought medical care for blood clots or testing for clotting disorders. Her story prompted them to seek care immediately for similar symptoms, and because of the impact of Anna’s story, lives were saved.

In Memory of Anna Frutiger: Her Blood Clot Story http://t.co/PbXY9qUNEx
DVT not diagnosed, then died from Pulmonary Embolism #birthcontrol