Mother fell into a coma due to a blood clot that broke loose during an emergency C-section.

This might have been the headline last September, when 23-year-old nursing student Shelly Cawley experienced complications during labor that resulted in an emergency c-section and left her in a coma:

During pregnancy, Cawley was diagnosed with a blood clot in her leg that moved to her heart after Rylan was delivered, filling her lungs with fluid, giving doctors no choice but to put her in an induced coma to try and stabilize her weak vitals. 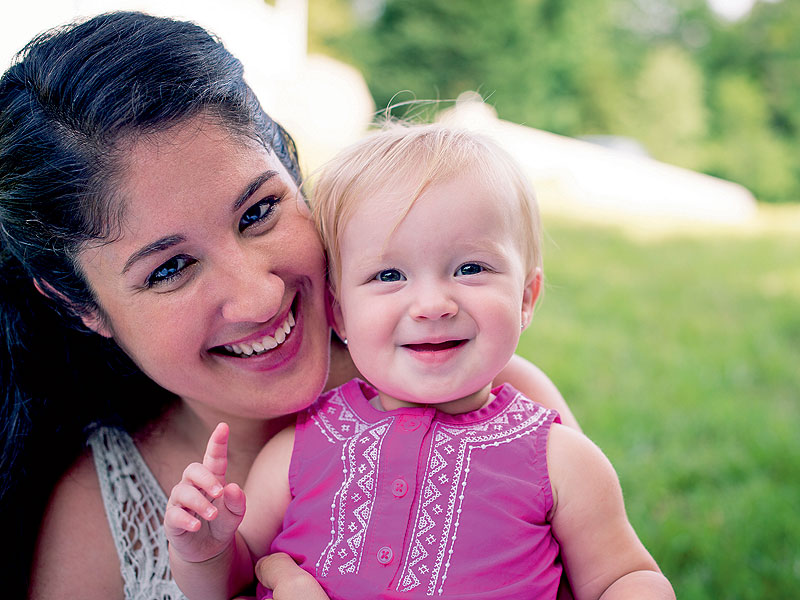 During pregnancy, Cawley was diagnosed with a blood clot in her leg that moved to her heart after Rylan was delivered, filling her lungs with fluid, giving doctors no choice but to put her in an induced coma to try and stabilize her weak vitals.

Running out of options that could save Cawley, her medical team decided to try one last resort. “The mother-child bond is incredibly strong. I thought it might make a difference if Shelly’s subconscious could hear and feel her daughter,” Dana Bush, MD, the obstetrician involved in Cawley’s care told Carolinas HeathCare System News.

Nurses placed the naked newborn on her comatose mother’s chest to see if baby’s touch and cries would evoke some kind of response. “We’re a big proponent of skin-to-skin [contact],” Cawley’s nurse Ashley Manus tells PEOPLE. We believe it has great benefits for the mom and the baby, and we just thought it can’t hurt, might as well give it a try.”

Sure enough, Rylan started crying, and Cawley’s vitals spiked on the monitor in response. It took another week for Cawley to fully wake up from the coma, but she, her husband Jeremy and the medical staff credit baby Rylan for bringing her mom back to life.

Pulse Oximetry is not a measure of ventilatory status

In their article, “Subtle respiratory changes raise a red flag,” Janette Gasaway, BSN, RN, and Julie Miller, BSN, RN, CCRN, discuss a case study of a patient admitted to the medical-surgical unit with a new diagnosis of heart failure and acute kidney injury.

They remind us of the limitations of pulse oximetry monitoring:

you can’t rely solely on SpO2 when evaluating a patient’s breathing adequacy. Instead, obtain a full set of vital signs and check for slight changes in the respiratory rate, pattern, and depth by assessing respirations for a full minute. Remember—O2 saturation reflects oxygenation status, not ventilatory status.