As CBS Milwaukee reported, the 9-year old “was given a dose of Oxycodone, then sent home. Later that evening, Solomon’s parents gave him another prescription dose of Oxycodone and noticed about an hour later that he was having trouble breathing. The parents called 911, and the boy was brought to Children’s Hospital. He was pronounced brain dead days later.” 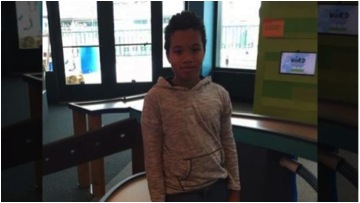 The loss of a child is a tragedy and something no family should have to endure. On behalf of all of our doctors, nurses and medical staff, I want to express our sadness and deepest sympathy to the family.

Although such expressions of sympathy are needed, what is also required are processes to ensure that another child undergoing a tonsillectomy does not suffer opioid-induced respiratory depression.

With more than 500,000 pediatric tonsillectomies performed each year in the United States, removal of tonsils is one of the most common surgeries performed on children. According to the American Academy of Otolaryngology Head and Neck Surgery, tonsillectomy is performed 20 percent for infection and 80 percent for obstructive sleep apnea.

So, what can be done to improve the safety of patients – and, particularly, children – undergoing tonsillectomy?

Here are 2 lessons for a safer tonsillectomy:

1. Pain Medication Must Be Prescribed Cautiously, Not Routinely

This standard practice of pain medication (like Oxycodone and morphine) was called into question by a study published in January 2015 of Pediatrics and conducted by the Motherisk Program at The Hospital for Sick Children (SickKids) and by McMaster University and McMaster Children’s Hospital. The study’s Drug Safety Monitoring Board halted the trial following an interim analysis which strongly demonstrated a high degree of risk of respiratory compromise associated with the use of morphine. One child even suffered a life-threatening adverse drug reaction including oxygen desaturation after being treated with morphine.

The results of the Motherisk Program study raises the question of whether Solomon Womack should have received Oxycodone.

2. If Opioids are Prescribed, Patients Should be Monitored

The Motherisk Program study results also raise another question – if the prescription of Oxycodone was appropriate for Solomon Womack, what precautions should have been taken to ensure patient safety?

The Joint Commission cautions that an opioid analgesic like morphine, although usually safe, may be associated with adverse effects, the most serious being respiratory depression preceded by sedation.

EurekAlert! reports that at “both SickKids and McMaster Children’s Hospital [where the Motherisk Program study took place], the use of morphine for post-operative pain from pediatric tonsillectomy is reserved for exceptional cases where it is deemed necessary and safe with appropriate monitoring.”

We need to promote the safe and responsible use of opioids. One place to start is with common procedures like tonsillectomies. The Motherisk Program shows us that opioids can be safely and effectively be replaced with non-opioid alternatives. That said, if opioids must be used, to prevent respiratory depression and improve safety, patients receiving opioids should be continuously electronically monitored.