The articles we have been reading this past week of February 5, 2018 raise an interesting question – Can legislation stop the opioid epidemic?

Do you agree with legislation to limit opioid prescription?

Law makers in South Carolina and Florida have been pushing for legislation the aim of which are to help stop the opioid epidemic.

In South Carolina, The Post and Courier reported on legislative efforts that sought to limit post-surgery prescriptions of opioids:

“Lawmakers in the Statehouse are particularly focused on pain pills that are sold under brand names like OxyContin, Percocet and Vicodin because the overuse of those legal prescriptions is shown to lead to opioid addiction and, in some cases, the illicit use of heroin.

“The bill to limit patients’ initial post-surgery prescriptions to five days is part of a larger package of legislation drafted by a special House committee that studied the deadly epidemic over the past year.” 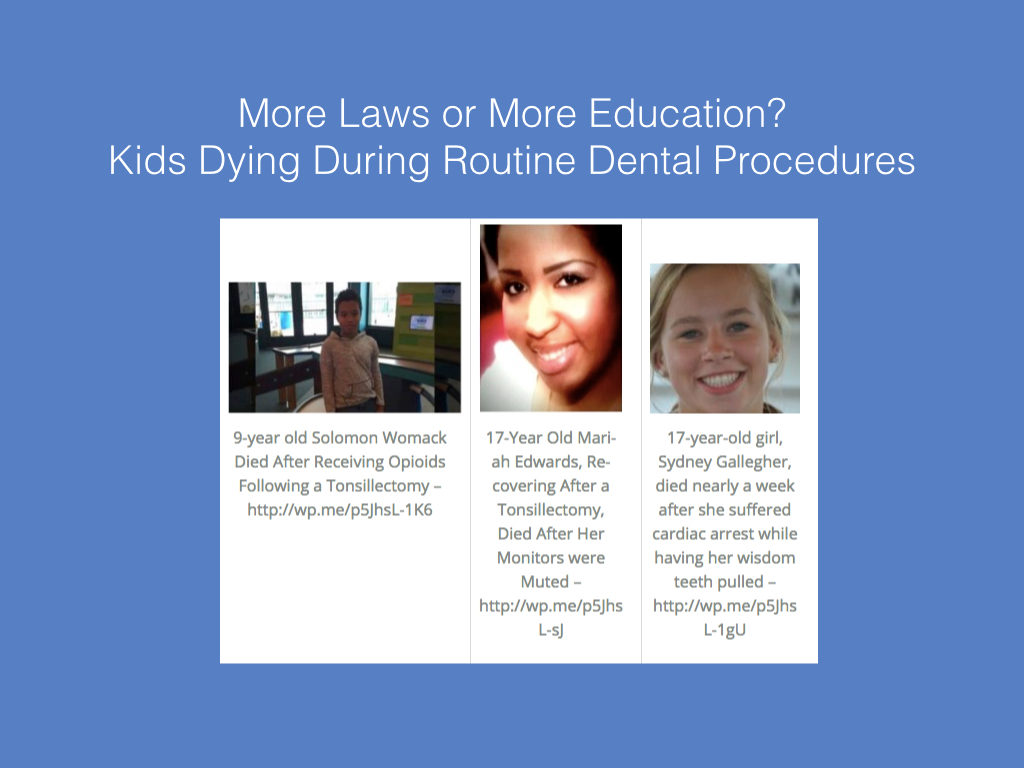 However, doctors have expressed concerns about the South Carolina legislation:

“James O’Leary, the association’s former president [of the South Carolina Orthopedic Association] who practices in Columbia, told lawmakers that he was concerned a five-day cap on first-time prescriptions after surgery would be painful and hassling for his patients.

“O’Leary recognized why lawmakers were taking action to control prescribing patterns for the highly addictive drugs, and told lawmakers that his office consistently uses a statewide database that allows doctors to monitor people’s prescriptions.

“But O’Leary told lawmakers an initial five-day prescription wasn’t enough for people who receive knee surgeries or other procedures at his office. He said many have severe pain for at least a week, and that very few stop taking pain medication before seven days.”

Legislation proposed in Florida, which would similarly limit opioid prescriptions, has met with opposition by doctors:

“Legislation aimed at fighting opioid abuse in Florida has raised concerns among doctors over provisions to impose limits as short as three days for prescriptions of the potentially addictive painkillers.

“Physicians have mounted strong opposition to provisions being considered by House and Senate committees to limit prescriptions for Schedule II painkillers like Oxycontin and Fentanyl to three days — or seven days in some cases if a physician documents it as medically necessary.

“Doctors have told lawmakers that such limits on prescriptions are not enough for some cases of acute pain. They also argue the limits would go too far in limiting flexibility for practitioners, and would place too much burden on patients — some of whom may have limited access to transportation and limits on their mobility — to renew prescriptions.”

In support of the opposition to efforts to prevent the opioid epidemic by limiting opioid dosages is the Harvard Medical School:

“Researchers at Harvard Medical School observed that people who underwent surgery were four times more likely to receive a prescription for opioids. They analyzed the medical records of half a million insured patients who had been prescribed opioids for post-surgical pain management from the year 2008 to 2018. None of these were regular opioid users …

“According to Nathan Palmer, senior investigator in the research, ‘Physician prescription practices play no small part in’ the spread of the epidemic. Denis Agniel, lecturer at Harvard Medical School, confirmed that the ‘results indicate that each additional week of medication use, every refill is an important marker of risk for abuse or dependence.’”

However, before legislative efforts to limit prescribing is dismissed, consider a protocol being used at AtlantiCare Regional Medical Center. A protocol developed by pharmacists at AtlantiCare Regional Medical Center in Atlantic City, N.J. achieved a nearly 10% reduction in use of the painkillers in the emergency department (ED) and prevented almost 500 patients from receiving opioid medications. This protocol targeted “opioid use in the ED because it is a site of care where opioid overprescribing is still a problem—and one that pharmacists can help alleviate through targeted interventions.”

Should pain management alternatives be considered?

“Over a stretch of four years the veteran’s hospital has looked for alternatives, especially with the growing public health issue …

“From acupuncture to a technique called bio feedback, McGuire is in its fourth year of a program that offers vets an alternative to pain killers by focusing on breathing techniques and stress management.”

Are patient concerns being lost in the current opioid debate?

In her commentary, “Don’t forget those who suffer from chronic pain,” Jolene Paramore Reif writes:

“What is consistently absent in this discussion is the patient with constant and unrelenting pain as a result of any number of physical impairments. In my case, I was hit with a neurological jackpot of Multiple Sclerosis and Transverse Myelitis 16 years ago. Traverse Myelitis is a very rare and serious neurological virus that attacked my spinal cord, leaving me with significant, permanent deficit and unrelenting neurological pain. The MS I also now live with is also both permanent and progressive …

“It seems as if we have lost sight of the patients who are in true suffering, who do not, and have shown they will not, abuse pain medications. The pain medications patients like myself are prescribed are the only lifeline we have to getting through a day.”

Take this quick poll and tell us what you think?