The Global Sepsis Alliance has commended the Physician-Patient Alliance for Health & Safety (PPAHS) for its invaluable contribution to reducing the unacceptable human suffering from sepsis. The Global Sepsis Awards, which are sponsored by the Erin Kay Flatley Memorial Foundation, honor outstanding efforts to increase sepsis awareness and raise the quality of sepsis prevention and management.

“The Physician-Patient Alliance for Health & Safety is honored to commended by the Global Sepsis Alliance,” said Michael Wong, founder and executive director of PPAHS. “We hope that the video featuring Dr. Kenneth Rothfield about his personal experience in which he suffered sepsis following routine hernia surgery will help in reducing human suffering from sepsis.” 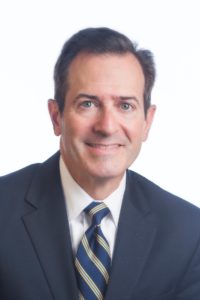 Dr. Rothfield is Chief Medical Officer at Medical City Dallas, which is operated by the Hospital Corporation of America. He is also a member of the advisory board of PPAHS.

“I would like you to commit to to early detection and treatment of sepsis, because you may not get a second chance to save your patient’s life.

“But, first, you have to know when your patient is suffering from sepsis. You must know at the earliest possible time when sepsis is occurring. Clinical studies show that mortality is significantly reduced if septic patients are identified at early stages of the disease process. In my own case, I was admitting on Thursday, by Friday I was septic, but it was not until Saturday that emergency surgery was performed which removed a section of gangrenous intestine. In my opinion, this can best be done through patient monitoring would have been able to provide early detection of my sepsis and I could have had earlier intervention.

“Monitoring a patient’s heart rate and respiratory rate allows clinicians to detect changes over time while supporting hospital protocols for early detection of sepsis. Although nursing assessments taken every few hours may detect sepsis, patient monitoring can alert you at the earliest possible moment when sepsis is developing.

“You may not get a second chance to save your patient’s life – monitor for sepsis.”

“PPAHS plans to continue to highlight best practices and recommendations to reduce sepsis,” added Mr. Wong. “If you are a patient who has suffered from sepsis or a clinician who has employed technology or methods to reduce sepsis, please contact us.”

PPAHS would like to thank EarlySense for its unrestricted educational grant in support of the video featuring Dr. Ken Rothfield.