As recounted in the article, “A Family’s Search for Truth”:

On January 15, 2001, Justin Micalizzi, a healthy 11-year-old boy, was taken into surgery to incise and drain a swollen ankle. He was dead by 7:55 a.m. the next day, leaving behind two grieving and bewildered parents who desperately wanted to know why their son had died …

… the orthopedic surgeon … let them [Justin’s parents] know that Justin had arrested in the OR at 9:20 p.m. as the ankle irrigation was being completed. Although the healthcare team had restarted Justin’s heart, they were having trouble stabilizing his oxygenation and blood pressure. The Micalizzis authorized an unstable transport to a nearby pediatric intensive care unit (PICU).

Justin continued to have low blood pressure and poor oxygenation despite continued escalation of intervention in the PICU. After several more arrests, Justin was removed from life-support at 7:55 the next morning. 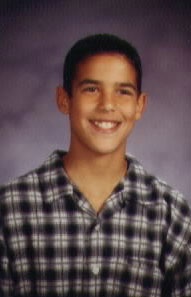 With the permission of Justin’s mother, Dale Ann Micalizzi, here is her recollection of these tragic events that happened more than ten years ago:

My son was on a stretcher in the hall being wheeled away by the trauma team to the ambulance, after his cardiac arrest in the operating room. They would not let us ride along. I had broken my promise not to leave him already. My husband’s promise that he would be fine was also broken. Our pain and guilt over these broken promises have eased only minimally over the ensuing years. The surgeon walked us to our car in silence. If he said anything, we have no idea what it was. Our world had crashed, and we could not listen to outsiders yet. This may be why physicians often think that parents do not hear what they are saying: because the parents cannot, not because they do not want to, they just are not physically and emotionally capable in that moment. Our other children and family joined us at the hospital upon advice from the chaplain, as there was little life left for our son. Two ministers held our hands and prayed with us in a tiny room. I was heaving over a garbage can, unable to control the turmoil in my stomach. The pain of seeing my child in this condition was unfathomable. I left his room as the team attempted to revive him over and over again. I could not watch. I rocked back and forth while kneeling down outside his room. I remember a group of residents being briefed on the case, and one of them wanting to comfort me, but sadly turning away. I remember his dark hair and eyes looking down at me. Many years later, tears stream down my face, as if this happened yesterday.

The Anesthesia Patient Safety Foundation (APSF) recently issued recommendations and conclusions on electronic monitoring strategies to detect drug-induced postoperative respiratory depression. Among other things, the APSF Recommendations provide, “Continuous electronic monitoring of oxygenation and ventilation should be available and considered for all patients and would reduce the likelihood of unrecognized clinically significant opioid-induced depression of ventilation in the postoperative period.”

Would these APSF Recommendations on postoperative monitoring with pulse oximetry and capnography have helped Justin?

Capnography certainly helped Howard Snitzer, who was resuscitated after 96 minutes without a heart beat.

Unfortunately, Justin’s parents will likely never know whether continuous monitoring post-surgery would have indicated the onset of an adverse event.

Justin’s mother tells me that she has been advocating for real time digital recording of all surgical procedures for family rights and teaching benefits. Would this have helped?

Or, perhaps the better question is: would digital recording or continuous monitoring with pulse oximetry and capnography in accordance with APSF Recommendations have hurt?