What happens when the accepted standard of care in one situation is not applied in another situation?

As a recent USA Today investigation indicates, the consequences to the patient can be deadly or debilitating. As well, it can be costly for the healthcare provider and facility found liable for damages.

(Please click on the picture below to view USA Today’s video. Note that the news video will be delayed by a commercial by USA Today.) 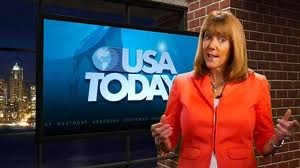 Take for example the case of Dr. Omar Brito who performed liposuction on Ms. Rohie Kah-Orukotan. According to Ms. Kah-Orukotan’s lawyer, Michael Freedman, she was rushed to the hospital and taken off life support about a week later. The cause of death, according to the Florida medical examiner, was “lidocaine toxicity”. In short, Ms. Kah-Orukotan died because of an overdose.

On the surface, this investigation is about doctors, who are, as USA Today puts it, “trained in other medical specialities, such as vision or obstetrics, but have branched into the more lucrative field of cosmetic surgery.”

However, more broadly, it is about the application of different standards of care. For example, if Ms. Kah-Orukotan had had to have her appendix removed, she would have found herself in an operating room with trained personnel and equipment being used that have come to be the accepted standard of care.

As Mr. Freedland explains, patients need to make sure procedures are “done in a facility with the equipment to handle an emergency” by people who are “properly trained to handle that emergency.”

there is an increasing trend among nonanesthesia providers (e.g. gastroenterologists, pediatricians, emergency medicine) to use potent sedatives/hypnotics/analgesics (e.g. propofol, remifentanil) for sedation, drugs once consecrated to the domain of anesthesiology. As these drugs have a narrow therapeutic window with a rapid progression from moderate sedation to general anesthesia, there is a safety concern when they are administered by nonanesthesia providers.

In examining the 2009 claims from the American Society of Anesthesiologists (ASA) database, Drs. Metzner and Domino found that “substandard care, preventable by better monitoring, was implicated in the majority of claims associated with death”:

Claims arising from anesthesia care in out-of-operating room locations had a higher proportion of death and were primarily caused by an adverse respiratory event (44%). Monitored anesthesia care (MAC) was the leading anesthetic technique, accounting for 50% of out-of-operating room claims. Respiratory depression secondary to oversedation and polypharmacy (propofol combined with other sedatives/analgesics) accounted for over a third of claims. A capnograph was employed in only a minority of claims associated with oversedation (15%), and no respiratory monitoring was used in 15% of these claims.

As this study concludes:

Sedation and anesthesia out of the operating room is an evolving practice that involves an increasing array of medical specialties, and not just anesthesiology providers.