My 65 year old father, Curtis James Bentley, died in a hospital, and yet almost two years after his death, I still do not know what happened to him. The hospital and my father’s physicians have not provided this information. Why? 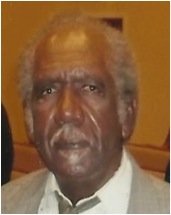 My father had recently undergone successful surgery to place a stent in his heart at Emory Healthcare. The procedure had gone well. I was told that he was “100% clear,” and he was discharged from the hospital and went home. However, a review of his discharge summary recently revealed he was sent home with eight abnormal blood levels. This was a beginning of his demise in my opinion.

While recuperating at home, he started bleeding. He was coughing up blood, having nose bleeds and blood was present in his stool and in the toilet.

I took him to the ER at Piedmont Henry Hospital, where he was diagnosed with a lesion in his colon and admitted to ICU. That was Friday, September 7, 2012. I left once on Saturday to get food and clothes in preparation for staying with him the entire weekend if need be. We were supposed to go fishing.

However, on Sunday morning, I woke up from dozing on and off. No one had been in my father’s room for the past two hours since 2 am. A nurse finally came into my father’s room around 4 am. It was very brief. After not checking him for two hours, you would think it would be more thorough. I took the opportunity to take a much needed break from my vigilance at my father’s bedside.

I went to the restroom, stopped at the snack machine, called my husband and sat for awhile in the waiting room. While I was away from my father’s room, I heard a Code Blue sound. At first I thought it was for him, but it was for the neighboring patient. I sat a little while longer, but then I had an uneasy feeling. Something told me to go check on him.

I went back and saw that the Code Blue was indeed for the neighboring patient and that many physicians and nurses had responded. However, no one was with my father.

When I walked in, I couldn’t see my father’s face right away. One leg was hanging out the bed. Embarrassed, I asked him what was he doing, but he did not respond. I asked him a second time as I was covering him up. The TV went to a commercial at that moment and the light hit his face which was down against the railing. He was positioned like he was trying to get out, perhaps trying to get help. When I looked closer, I saw that my father was taking his last breath. I knew immediately that it was his last breath, as my step father had died in my arms. Their last breaths were identical.

I ran out calling for help.

I had been in the room with my dad. No nurse had been present. No machine had alerted them to his deteriorating condition. Someone should have seen him, visually, as recommended by the Institute for Safe Medication Practices.

My father was intubated and placed on life support. I found out by reading his medical records that he had gone into a coma, was brain dead, suffered paralysis and necrosis. No one at the hospital told me that. He was in a coma for seven days and he never came out of it. Research shows, those types of adverse events are sustained from going too long without oxygen. What happened to Curtis James Bentley from 4-4:45? Was he calling for me? This was a critical moment that was not documented and haunts me.

A day or so after the code, I talked to the charge/manager nurse about what her staff had done (or rather not done) on that awful morning. She brought one of her fellow nurses in as a witness, I guess. My sister was there, too. I explained to her that there was no one around when my dad coded. No one was at the station monitoring him, nor any of the other patients for that matter – all except for the neighboring patient for whom the Code Blue had been called.

The charge/manager nurse told me “Well, when our adrenaline gets going, our focus is on one patient.”

I took a deep breath. The tears started rolling. I asked her, “You mean to tell me, if you have 15 patients on ICU, they are going to go uncared for because your focus is on one patient!?” She couldn’t say a word. She knew that was the wrong thing to say. She had just admitted that they had neglected to treat my father, while attending to that one neighboring patient.

I told her she shouldn’t say that to people. Then she said, “I’m sorry; someone is supposed to be monitoring these patients at all times.” I expressed my guilt for leaving his side and she fed me this story about leaving her mother home alone. She died too. It brought no comfort to me. Not after what she had previously said.

During those next seven days, I talked to my father, because I was told the hearing is the last to go. I called to him. I begged him not to go. I finally said enough is enough. It took everything in me to sign the form to take him off life support. My oldest sister and I lay on his chest until … My baby sister and my best friend were there giving us much needed support. I had to endure those last breaths…one-last-time…

Isn’t that why patients are admitted to the ICU, because they need and must receive constant intensive care second by second? And, in order to receive that intensive care, should his nurses have been watching him, rather than leaving him alone for more than two hours? Should they not have used available monitoring technology to alert them of his condition when they were not in his room assessing his condition? How did they know the neighboring patient had coded, but not my father?

My father did not receive timely care and rapid response – I was the one who found him unresponsive and alerted the nurses to his last breath. There were no monitors that could have and should have alerted his nurses that he was in trouble? Why?

I feel betrayed by the hospital, his physicians and nurses. I entrusted my father into their care, and they don’t care enough to speak openly and honestly with me about what happened.

Must I sue the hospital just to find out?

I wonder how many out there have gotten a call in the night saying, we’ve done all we could do, but you really don’t know if they did. You weren’t there. Or you stepped away and suddenly they are gone. Just how much trust should we put in the hands of these doctors and nurses?

I want to bring awareness in the name of my father, Curtis James Bentley, to people who have loved ones in ICU, to take notes, get involved, and know every nurse, doctor, procedure, times, machine hookups, medications and everything about your loved ones. Don’t assume when you walk through the doors of a hospital, that your loved ones are in great hands. Know the hospital you are choosing for them. Know what their success rates, health grades and complaints are. Get involved!

Would my father be here today had the proper monitoring taken place? Sadly, I will never know…