This year, the Physician-Patient Alliance for Health and Safety introduced a weekly round-up of must-read articles in patient safety. The hand-picked list has consistently seen high engagement from our dear readers.

With that in mind, we thought we would compile a list of the Top Patient Safety Must Reads of 2014.

Expansion of Use of Capnography for Patient Safety
August 22, 2014

For postsurgical patients receiving opioid pain medications, effective and continuous electronic respiratory monitoring is critical. As a result, an increasing number of health care institutions are expanding their use of capnography to ensure maximum patient safety and prevent adverse events that are predictable.

The National Coalition for Alarm Management is a group of thought-leaders sharing information with other pioneers in the “alarm-management space,” driving improvement in alarm management nationwide, and seeking standardization where possible. Members come from all aspects of alarm management: the clinical community; industry; device regulators; hospital accreditors; and professional societies.

For more information on the National Coalition for Alarm Management and this month’s presentation, please click here.

“Even with some of the world’s top device manufacturers (General Electric, Phillips, Stanley, Medline, etc.) working to develop “smart alarm” systems, the dangers are still very real. On the Emergency Care Research Institute (ECRI) Top 10 Health Technology Hazards for 2013, alarm hazards ranked number one. The issue of alarm fatigue has many facets.”

What Killed Joan Rivers? Piecing Together a Medical Mystery

Dr Karen Sibert offers a thoughtful discussion that raises questions and offers useful information about routine procedures. As she observes, “There are minor operations and procedures, but there are no minor anesthetics. This could turn out to be the one lesson learned from the ongoing investigation into the death of comedian Joan Rivers.”

4 Lessons Learned from the Death of Joan Rivers

This article we co-authored with Kenneth P. Rothfield, M.D., M.B.A., Chairman, Department of Anesthesiology, Saint Agnes Hospital (Baltimore, MD). It offers 4 lessons to be learned from the death of Joan Rivers that can help others better prepare for safe medical procedures.

Capnography Outside the Operating Rooms
September 19, 2014

Alarm Fatigue – Not Just an Annoyance to Nursing Staff
September 26, 2014

Hats off to @DicksonData for pointing out this article that reminds us that “noise is an environmental stressor that can have physiological and psychological effects” on patients.

Hats off to @JuanGrvas for asking “How did the C-section become America’s most common major surgery?” and pointing out this video by Chileshe Nkonde-Price, a cardiologist at the University of Pennsylvania, who wants to avoid an unnecessary C-sections.

An Unnecessary Cut? How did the C-section become America’s most common major surgery? http://t.co/BSGMrqI41X

Robert J. Szczerba’s Forbes article made waves as it looked at alarm fatigue. As Szczerba notes:

“One of the top technologies hazards in the healthcare system is the problem of alarm fatigue, in which the sheer number, variety, and frequency of machine alarms in a hospital room leads to many of them being ignored or muted. The negative results range from annoyance to patient deaths.”

To help reduce alarm fatigue, we offer advice from members of our advisory board:

Hats off to @TGandhi_NPSF for tweeting about this study about the affects of rounds, culture, and caregiver burnout. If leaders want to change culture and behavior, they need to be involved.

“We can’t always predict when a patient will slip from moderate sedation to deep sedation”
October 31, 2014

We can’t always predict when a patient will slip from moderate sedation to deep sedation,” he says, and if the staff is unaware or inexperienced, and help isn’t available to deal with breathing and airway issues, a patient can suffer an oxygen-related brain injury “in approximately five minutes.”

ABC news reports that “Kymberlie Shepherd, 26, died shortly after giving birth … The cause of her death was a rare amniotic fluid embolism (AFE), a leading cause of maternal mortality in the developed world.” 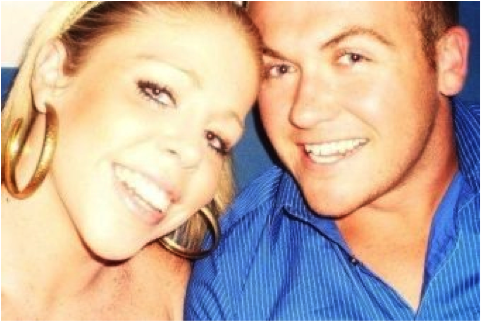 (Kymberlie Shepherd with her fiancé, Wayde)

The number of alarms collected during one month in five ICUs is “staggering” according to researchers who found that, in nearly 50,000 hours, 2.5 million unique audible and inaudible alarms occurred. The research calls for smarter monitors.

Also, hat tip to @Krista_Bones for sharing this article in Fierce Healthcare. Some good commentary by Krista, who points out that patients and families get fatigued from all the alarms—not just clinicians.

In this interview with Institute for Healthcare Improvement Executive Director and patient safety expert, Frank Federico, RPh (who we are proud to say is on our advisory board) offers these tips to make health technology safer.

The Agency for Healthcare Research and Quality (AHRQ) estimates that 1.3 million fewer patients were harmed in U.S. hospitals from 2010 to 2013. AHRQ attributes this to “focused and widespread efforts to reduce surgical-site infections, adverse drug events and other preventable incidents.”

A survey by Altarum Institute and Drexel University found that “most respondents would choose a hospital with a higher patient safety rating, even if it meant paying an additional $1000 in out-of-pocket costs.”