Too little and too many – that’s the theme of this week’s must reads.

Too little is known about amniotic fluid embolism – a rare but serious condition that occurs when amniotic fluid — the fluid that surrounds a baby in the uterus during pregnancy — or fetal material, such as hair, enters the maternal bloodstream.

The Boston Herald reported earlier this year that Colleen Celia died shortly after giving birth to her fourth child from amniotic fluid embolism. NBC’s affiliate in Charlotte, NC, recently reported that Declan Jay Bugal “died shortly after giving birth to what doctors at the Medical Center of Aurora described as a 7-pound, 4-ounce-miracle.” Please click on the image to view the report. 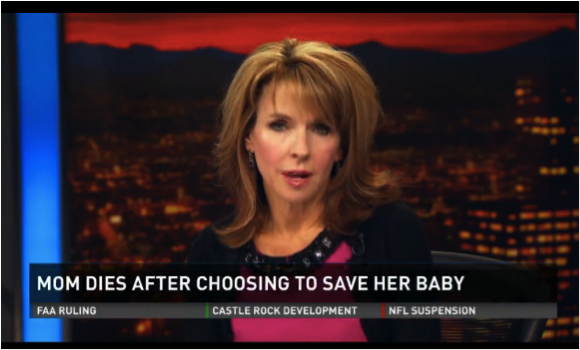 Although Jessica Zegre-Hemsey (assistant professor, UNC-Chapel Hill School of Nursing) and her team found that “more than 2.5 million alarms were triggered on bedside monitors in a single month,” in five ICU units at the UCSF Medical Center, she offered this advice to better manage the number of alarms:

If alarm settings were tailored more specifically to individuals that could go a long way in reducing the number of alarms health care providers respond to.

This advice is consistent with that given by Christopher Dandoy, MD (Cancer and Blood Diseases Institute, Cincinnati Children’s Hospital). Dr. Dandoy led a study of alarms at his hospital and found that “up to 95% of these alarms are false—usually traceable to non-customized parameters and inadequate staff-training—and that nurses spend up to 30 minutes per shift simply dealing with false alarms.”

For further advice of managing alarms, leading health experts discussed these 4 keys for reducing alarm fatigue in a webinar hosted by Premier Safety Institute as part of its Advisor Live series.

Thanks @TodaysHospital for pointing out this study.