The Joint Commission estimates that 80 percent of medical errors involve miscommunication between caregivers during the handoff between medical providers.

New research published in Anesthesia & Analgesia suggests that an electronic checklist may help, especially during intraoperative transfers of care.

Handoffs can be high-risk error-prone patient care episodes. The risk is rooted in several possible causes: inaccurate information; lack of consistency, organization, and standardization in how information is communicated; distractions and information overload, to name a few.

A team of researchers at Massachusetts General Hospital and Harvard Medical School led by Aalok V. Agarwala, MD, MBA, compared relay and retention of critical patient information between the outgoing and incoming anesthesiologist before and after introducing a checklist.

The goal of the checklist developed by the researchers was to improve the quality of the handoff process along with care.

For handoffs in which the checklist was used, the authors observed statistically significant improvements in the relay of two main categories of information: intraoperative medication and fluid balance.

This improvement was associated with a larger percentage of anesthesiologists being able to recall patient information after the handoff took place. 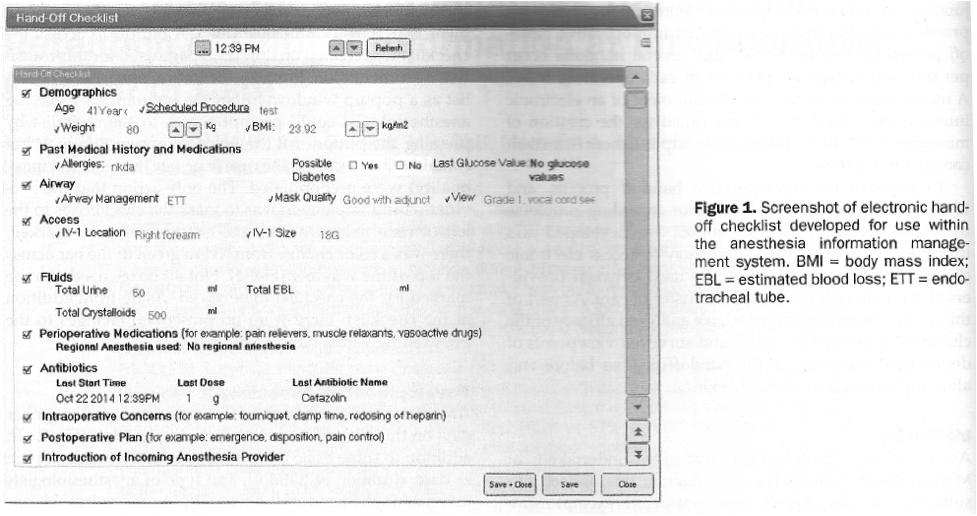 Where possible, fields were pre-populated with data collected from an anesthesia information management system. Checkboxes were used so that the outgoing anesthesiologist could verify the accuracy of information at handoff.

The team observed 30 handoffs without the checklist and 39 with it. They looked for changes in how frequently communication was relayed and how effectively this knowledge was retained.

Improvements in Information Relay and Retention

The researchers observed improvements in relay in several areas:

The checklist improved knowledge retention, as well. Specifically, the relieving anesthesiologist more frequently knew the antibiotic and muscle relaxant used, as well as the amount of fluid administered.

Clinicians who used the checklist in at least 67 percent of their handoffs reported higher satisfaction with quality of communication at handoff.

Perhaps most impressive (or alarming, depending on how you look at it): the checklist improved how frequently the incoming anesthesiologist was introduced to the rest of the operative team, from 3 percent of the time to 51 percent of the time.

As part of the research, the authors assessed the relieving anesthesiologist’s satisfaction with the information conveyed and retention of information transferred. 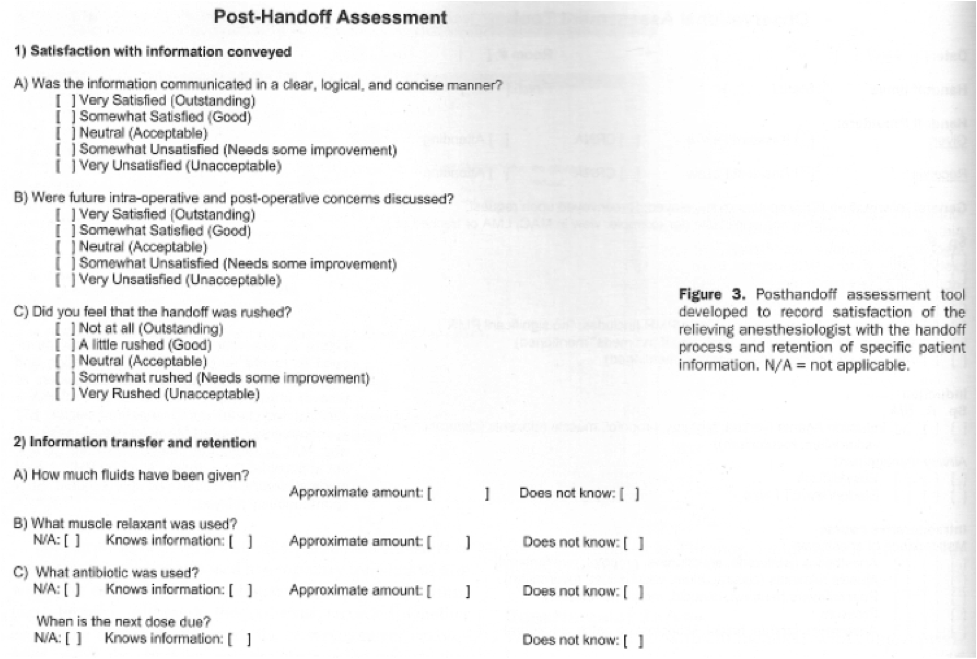 Satisfaction levels trended toward improvement in perceived quality of communication.

This trend did not reach statistical significance, although it held true across all provider groups (clinicians, faculty anesthesiologists, trainees, and CRNAs). 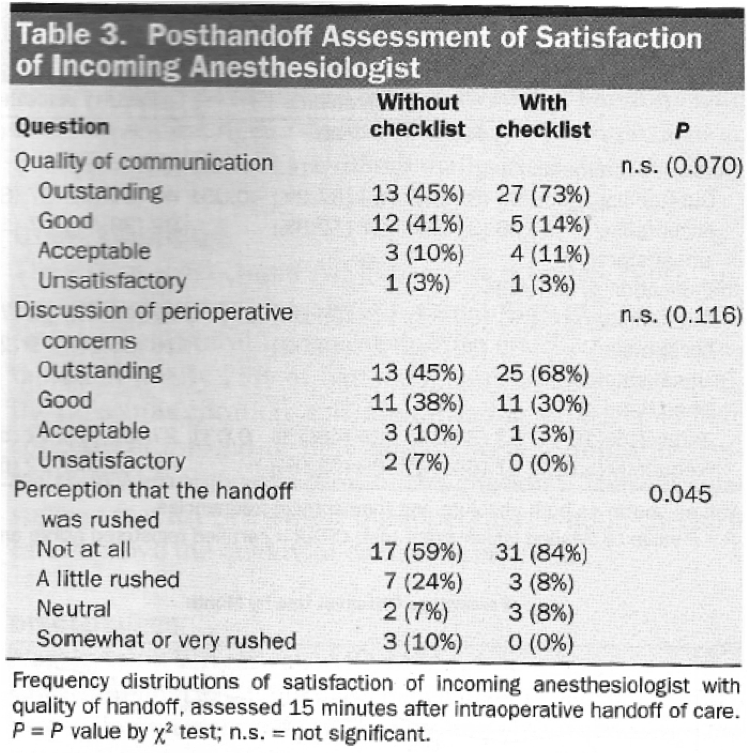 In January 2013 (three months after the checklist’s introduction in October 2012), the checklist was used in 60 percent of intraoperative handoffs.

By June, that figure had reached 74 percent. 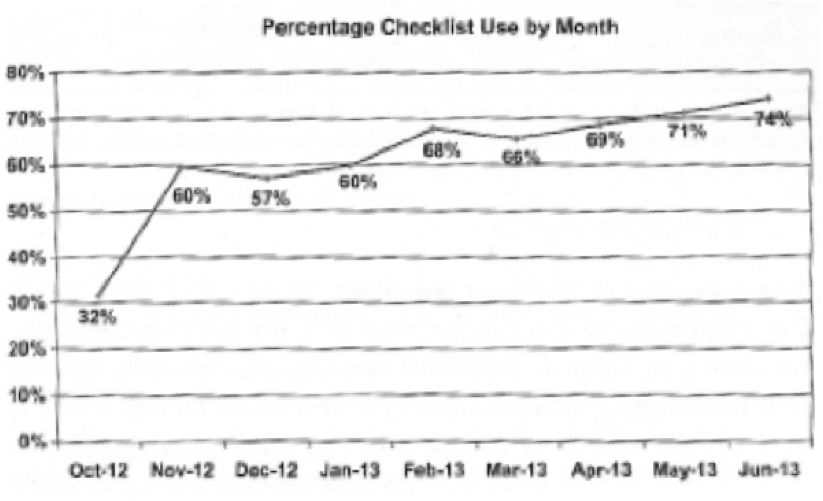 These findings point to yes—and the increase in voluntary uptake seems to suggest that operating teams might think so, too.

What do you think? Leave your answer and thoughts below.