Failure to conduct a venous thromboembolism (VTE) risk assessment led to the death of Nicola Tweedy, reports the Daily Mail. 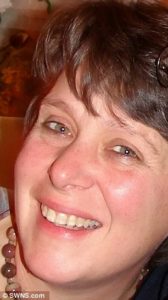 Awarding Nicola’s husband a six figure payment, the inquest “heard medics at the hospital failed to carry out a basic thrombosis risk check because of an ‘oversight’”:

A husband whose wife died ‘needlessly’ two days after varicose vein surgery has been awarded a six-figure compensation pay out.

Bosses at the Norfolk and Norwich Hospital issued an apology to Chris Tweedy, in the wake of the death of his wife Nicola.

Consultant vascular surgeon Robert Brightwell admitted to the inquest in March that a thrombosis risk assessment had not been completed.

A reminder to clinicians to use: