Although this may unfortunately be true, at the risk of being repetitive, here are 4 lessons learned from the death of Joan Rivers: 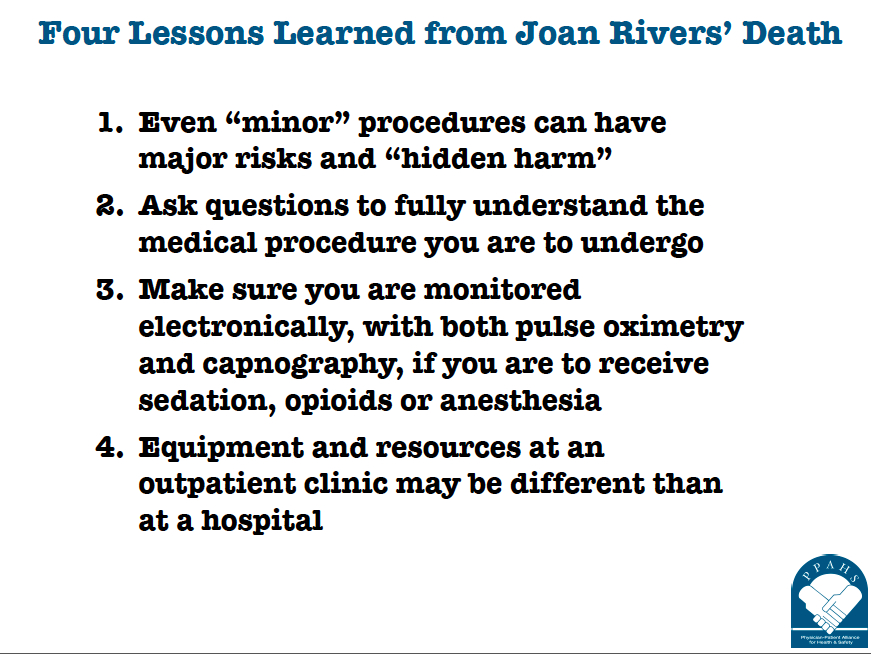