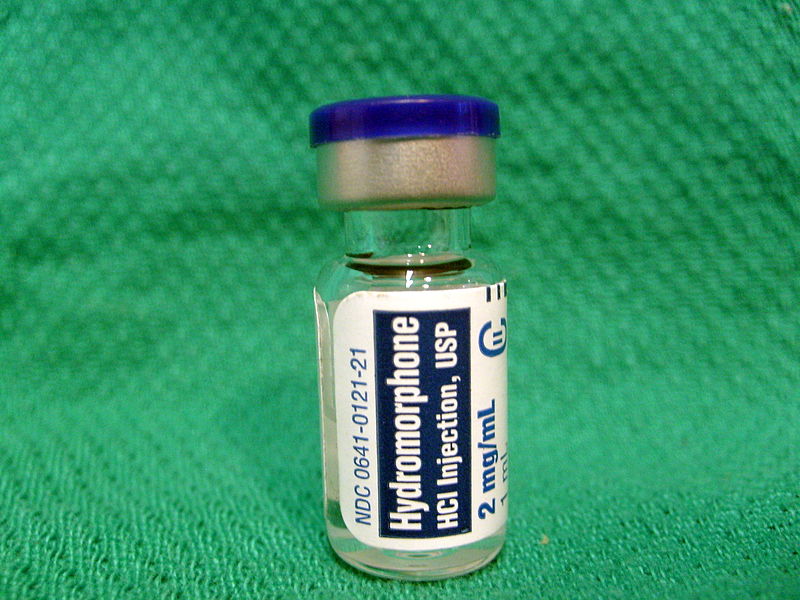 BT: Any time a drug is associated with indicators of danger, such as higher adverse event rates and higher readmission rates, patients and clinicians have cause for concern —especially when usage of that drug is on the rise. That study by Gulur and colleagues (Gulur 2015) noted in the article used data from a large consortium of academic hospitals so this trend is a widespread one.

Of course, concerns should extend beyond just Dilaudid. Opioid use in the hospital setting is substantial and it is not just surgical patients who are receiving opioids. Over half of medical inpatients receive opioids, often in high doses, and hospitals with higher opioid-prescribing rates had higher adjusted relative risk of a severe opioid-related adverse event per patient exposed.

However, the trend regarding Dilaudid is particularly bothersome. The study discussed in Anesthesiology News does contain some limitations that need to be considered.

PPAHS: What kind of limitations?

BT: First it relied on administrative data. This data tends to be intended for billing rather than clinical uses, so the reasons for choosing one agent rather than the other could not be inferred from administrative data alone. It also does not indicate which patients were using patient-controlled analgesia (PCA) and the data also lacked good risk adjustment. But, perhaps most importantly, the only adverse events identified were those requiring rescue with naxolone, an opioid reversal agent, when there could be any number of other serious adverse drug events that were not considered in the study, as well as adverse events that go under-detected, such as hypoxia and respiratory failure.

So, yes, there are some unanswered questions. But, limitations aside, these data are in keeping with our own experience with HYDROmorphone, both in terms of the serious adverse events and the continuing trend toward increased usage.

PPAHS: So how did we get here?

BT: Ironically, as I note in my recent blog article about Dilaudid, problems with Dilaudid may be an unintended consequence of a patient safety initiative taken by most facilities.

Dilaudid has been around for a long time but until about 2006-2010 it was a third-line drug for analgesia. The second-line drug at that time was Demerol (meperidine). However, Demerol was removed from formularies a number of years ago because a toxic metabolite was causing significant untoward effects. Dilaudid became the alternative to morphine that many physicians chose and most healthcare workers had limited experience and little familiarity with Dilaudid.

We first began drawing attention to the Dilaudid problem in 2010. But we weren’t the first. ISMP Canada had noted patient safety events related to Dilaudid in 2006. Then in 2011, following reports to ISMP US and the Pennsylvania Patient Safety Authority among others, the FDA announced new labelling changes for HYDROmorphone products. These included a lower recommended starting dose for HYDROmorphone and a bolded warning reminding clinicians that morphine and HYDROmorphone have different potencies. In 2012 the

Commonwealth of Massachusetts Board of Registration in Medicine issued an Advisory regarding the safety of HYDROmorphone.

Yet the trend of increasing use has continued and HYDROmorphone use has now surpassed morphine use in many hospitals.

PPAHS: If adverse events increase with HYDROmorphone, is Dilaudid safe?

BT: Dilaudid is an effective drug when it is used in a safe way. But it can be dangerous when its risks are not managed.

The major problem is misperception of the relative potency of HYDROmorphone. All too many healthcare professionals mistake HYDROmorphone as being equivalent to morphine when, in fact, HYDROmorphone is much more potent on a milligram basis.

While estimates of equipotency vary considerably in the literature, most now agree that 1 milligram of Dilaudid is probably the equivalent of at least 7 milligrams of morphine.

A second factor is that HYDROmorphone crosses the blood-brain barrier faster than morphine does, resulting in faster analgesic effect. However, this also means the side effect of respiratory depression would occur earlier as well.

BT: On my blog I outline 35 strategies to reduce the risk of Dilaudid/HYDROmorphone and other opioid-related adverse events.

PPAHS: Would you recommend the PPAHS PCA Safety Checklist as another strategy to reduce risk of adverse events?

BT: I would, for patients receiving Dilaudid and other opioids via a PCA pump. A number of strategies in my list are summarized in the PCA Safety Checklist, such as assessing risk levels for the very young, the very old, and those with obesity, sleep apnea, neuromuscular diseases, chronic obstructive pulmonary disease (COPD); educating the patient; independent double-checks; continuous monitoring with pulse oximetry and capnography; and, assessing pain regularly.

Download a copy of the PPAHS PCA Safety Checklist here at https://ppahs.org/pca-safety-checklist-download/.

2 thoughts on “The Dangers of Opioids: Q&A with Bradley T. Truax, MD”