By Mark Davis M.D. (author “Irresponsible: What Surgeons Won’t Tell You and How to Protect Yourself”)

I firmly believe that all surgeons want to protect their patients, and that no surgeon would want to injure their teammates or themselves. There are a variety of effective strategies for preventing sharps injuries. These include the use of safety sharps devices, safe techniques for handling and passing sharp instruments, effective and respectful communication among members of the surgical team, and safety checklists. It would be reasonable to expect that all surgeons would want to use them but the reality is, many do not. So, given that the majority of surgical sharps injuries can be prevented, why don’t all surgeons follow these simple precautions? 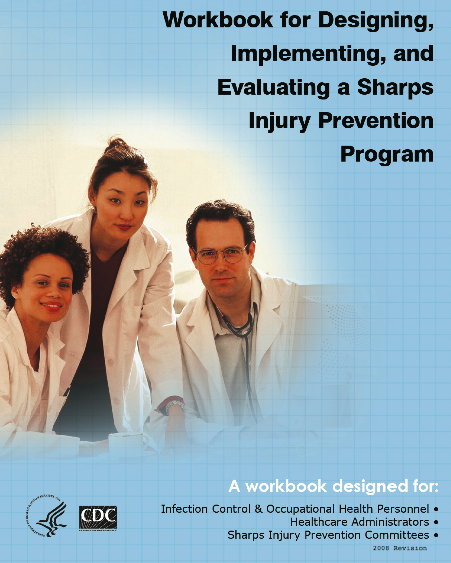 I believe that there are six key reasons:

Does the “surgical personality” really exist? It would be unfair to generalize because obviously not all surgeons are alike but I think it appropriate to make some observations. Surgeons were trained to give orders, not take them. Many of my surgical colleagues don’t take advice well. They believe that their own way of doing things–the way they were trained–is the only way. Here’s the problem with that: sharps safety is not taught in medical schools or surgical training programs. This places everyone in the OR, including the patient, at risk.

Reason #2 – Learn from Mistakes–or Repeat Them

Culture plays a role in adapting to change. Most U.S. surgeons don’t like to talk about–or even think about–their sharps injuries, making it impossible to learn from them. In contrast, Japanese culture finds value in admitting to mistakes and learning from them. A Japanese proverb says, “Treasure your mistakes; they are your best teachers.”

Surveys show that surgeons fail to report their sharps injuries as often as 70% of the time. It is important to understand the potentially devastating consequences of surgeons not reporting their sharps injuries. By neglecting to report, they omit the critically important steps of testing the patient’s blood, and their own blood, for the presence of HIV and hepatitis viruses. This may lead to surgeons becoming infected with HIV and/or hepatitis C, not realizing it for years or even decades, and becoming a potential source of infection to future hundreds or thousands of their patients. Why are surgeons the least likely members of surgical teams to report their injuries? They don’t want to take an hour or more out of their busy workday to fill out forms and have their own blood drawn. It would mean delaying their next case or keeping an office full of angry patients waiting, so they use denial to ignore the risk of infection.

The stereotype of the surgeon who has temper tantrums and throws things is (thankfully) not an accurate depiction of all surgeons–but such individuals do exist. According to a recent article in Kaiser Health News, 3 to 5% of physicians and surgeons engage in disruptive behavior, “berating nurses who call them in the middle of the night about a patient, flinging scalpels at trainees who aren’t moving fast enough, demeaning co-workers they consider incompetent or cutting off patients who ask a lot of questions.”

Nurses and scrub technologists who come up against disruptive or abusive surgeons often become intimidated and don’t feel empowered to call out deficiencies in sharps safety management. This can make them reluctant to confront any surgeon about a safety issue, and that’s a problem. A few OR nurses and scrub technologists try to protect themselves by changing their own safety practices, but unsafe surgeons often negate their efforts.

The OR is not a democracy. Surgeons gets to choose which instruments will be used–either the newer safer instruments or the traditional dangerous ones. In theory, the surgeon is responsible for the safety of both the patient the entire OR team; in practice, surgeons must share a good portion of the blame for the lack of progress in preventing surgical sharps injuries. It is not a matter of surgeons’ lack of awareness of safety devices; the American College of Surgeons (ACS) has recommended that all surgeons use blunt tipped suture needles to close incisions. Very few surgeons do.

Hospital executives and surgery center administrators often contribute to the problem. Most surgeons are autonomous (not hospital employees) so they are left to discipline themselves. Surgeons are major sources of income to surgical facilities, so administrators may be reluctant to confront them, knowing that surgeons could choose to admit their patients to a different facility. This leaves surgeons unaccountable for failing to follow safe practices to protect patients and healthcare workers. As a consultant, I have met several hospital executives who stood up to surgeons. We need more like them.

The Answer: Transparency and Consumer Pressure

How can we make surgeons act safely?

Federal law requires that hospitals and surgery centers provide new sharps safety devices as they become available so that surgeons can evaluate them, but the law does not require surgeons to use them. If surgeons won’t police themselves and facility executives won’t hold surgeons accountable, what’s the solution?

Patients have an important role to play in ensuring their safe passage in the operating room. Armed with the knowledge that preventable mistakes occur–and that there are strategies available to surgeons to prevent those mistakes–patients can apply pressure by asking a surgeon some key questions; ones that should influence him or her to act more safely.