Is reliance on pulse oximetry to detect hypoxemia related to opioid-induced respiratory depression the best practice to identify patients at risk?

Toby N Weingarten, MD, Associate Professor of Anesthesiology, Mayo Clinic, Rochester, MN, raises this question by calling attention to an analysis by Epstein et. al.,[1] which found that, contrary to expectations, most episodes of hypoxemia—abnormally low concentrations of oxygen in the blood—take place after 30 minutes from admission to the postanesthesia care unit (PACU). He notes that the administration of opioids was greater in patients who experienced hypoxemia than those who did not. 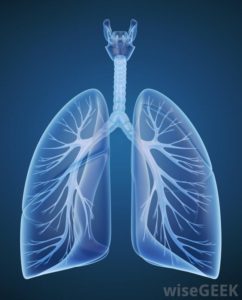 According to Dr. Weingarten:

“Though Epstein did not report the number of patients who received supplemental oxygen, consistent with modern practice the majority probably did, suggesting that many patients with opioid-induced respiratory depression were unrecognized.”

Dr. Weingarten highlights a study by Fu et. al.,[2] which found that the effectiveness of pulse oximetry in detecting hypoventilation is impaired for patients receiving modest oxygen supplementation.

The respiratory cycle has two separate processes: ventilation and oxygenation.

When respiratory depression occurs, oxygenation levels will gradually fall to a point where the pulse oximeter detects the event.

Debbie Fox, formerly Director of Respiratory Care at Wesley Medical Center, says that this delay between the moment when pulse oximetry detects respiratory depression and the moment when the event actually occurs is increased by supplemental oxygen.

According to Ms. Fox:

“If you want to effectively monitor the respiratory status then both capnography and pulse oximetry should be used.”

The Physician-Patient Alliance for Health and Safety (PPAHS) has been a voice in the chorus of organizations calling for improved monitoring practices for identifying patients at risk of opioid-induced respiratory depression, including the use of capnography in the PACU for all patients receiving opioids.

A number of organizations, including PPAHS, established the Respiratory Compromise Institute to drive actionable solutions that increase education about and reduce the incidence of respiratory compromise in inpatient hospital settings.

Others (PPAHS included) co-convened the National Coalition to Promote Continuous Monitoring of Patients on Opioids with a similar mandate.

These groups have mobilized to ensure the safety of patients receiving opioids, including those in the PACU.

These groups would answer Dr. Weingarten’s question in the negative: reliance on pulse oximetry alone is not sufficient for respiratory monitoring of patients receiving opioids. What do you think?