Healthcare providers can save patient lives through education, earlier detection, and management by being more aware of sepsis.

Earlier this year, the World Health Organization (WHO) declared sepsis to be a global health priority. In doing so, they adopted a resolution to prevent sepsis, and to improve its diagnosis and management. Sepsis Alliance welcomed this declaration. Each year in the United States alone, over 258,000 people die from sepsis. Thousands more are left with life-changing effects, such as amputations, organ dysfunction, or post-traumatic stress disorder (PTSD).

Healthcare providers can change this landscape through education, earlier detection, and management. Much like the golden hour for heart attacks or strokes, sepsis also has a golden hour. For patients with severe sepsis, chances of survival drop by almost 8% every hour treatment is delayed. We know that when identified early, sepsis can often be treated with fluids and antibiotics.

Infection prevention is the first obvious step to reducing the number of patients who develop sepsis. Healthcare-acquired infections remain a significant contributor to sepsis numbers. According to the WHO, “HAI continues to account for complications in 5-10% of admissions to acute-care hospitals. For example, in the U.S. alone there are at least 80,000 fatalities each year (about 200 deaths/day) from HAI.” Infection prevention programs, including the basics like frequent and thorough hand washing must be in place and followed by all those who come in contact with patients.

Other ways to reduce sepsis rates include:

Sepsis cannot always be prevented. Patients may present to their physician or an emergency department with sepsis and a silent, undiagnosed infection, or they may be receiving treatment for an infection, but sepsis still develops. But the numbers can be significantly reduced. The solution is education for everyone involved. Suspect Sepsis. Save Lives.

Marijke Vroomen Durning is a registered nurse. She has been Director of Content for Sepsis Alliance, the nation’s leading sepsis advocacy organization, for the past seven years. 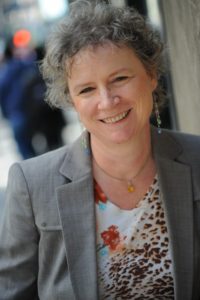