Oct 26 update – The full podcast “Is Respiratory Compromise The New ‘Sepsis’?” can now be viewed at https://youtu.be/xmOpSZaBi1w. We had tried to have YouTube correct the previously upload which only played for 4 minutes, but they were unable to do that and so we have been forced to re-upload the podcast. We apologize again for any inconvenience that this may have caused you.

Oct 23 update – the podcast on YouTube is unfortunately only playing about 4 minutes of the more than 18 minute interview. We are working with YouTube to have this fixed as soon as possible. When this is fixed, we will post another update on this post. We apologize for any inconvenience this may have caused you.

The Physician-Patient Alliance for Health & Safety is pleased to announce the release of a clinical education podcast with Jeffrey Vender, MD.

Jeffrey S. Vender, MD is Clinical Professor at the University Of Chicago, Pritzker School of Medicine. He is also Chairman of the clinical advisory committee to the Respiratory Compromise Institute. 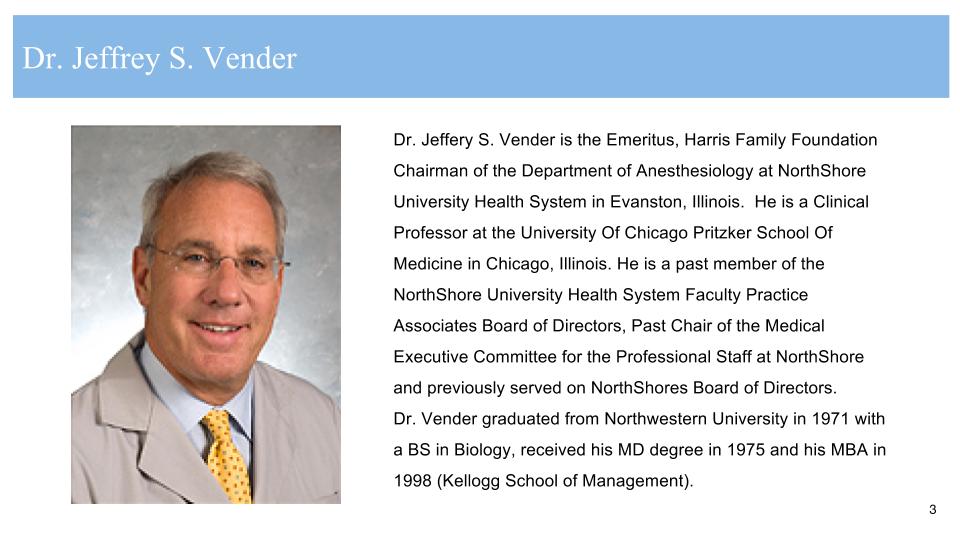 During the podcast, Dr. Vender discussed similarities with early stages of the campaign to raise awareness about sepsis:

“No different than when the Surviving Sepsis Campaign was developed for sepsis managed. Irrespective of one’s perception of the materials provided or the evidence based medicine used, the Surviving Sepsis Campaign markedly increased clinician awareness of the problem for earlier diagnosis, much more acute intervention. And, today, whatever studies we look at the vast majority, even the control groups, for routine care have been markedly better as far as morbidity/mortality than the control groups of studies years gone by. And the reason for that is really just increased better care but more understanding and more awareness. Not necessarily a mandate of what to do.”

To read a transcript of the interview, please click here.

The podcast with Dr. Vender may be viewed on the PPAHS YouTube channel by clicking here.