Articles we have been reading this past week of February 26, 2018 suggest that doing these activities could be dangerous to your health

#1 Activity That Could be Dangerous to Your Health – Taking Benzodiazepines

According to the National Institute On Drug Abuse, from 2002 to 2015, number of deaths involving benzodiazepines more than quadrupled. Dr. Roneet Lev (Director of the Emergency Department, Scripps Mercy Hospital) described some of the dangers of benzodiazepines:

A study by the China Medical University has found that having varicose veins may be a warning sign of blood clots. According to the researchers, whose study was published in JAMA, varicose veins make people twice as likely to develop a pulmonary embolism:

“Patients with varicose veins have increased levels of inflammatory and pro-thrombotic markers.” 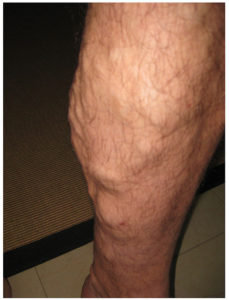 The number of surgeries being performed at surgery centers is increasing – but, is having your surgery at a surgical center safe?

An investigation by Kaiser Health News and the USA TODAY Network found that:

“more than 260 patients have died since 2013 after in-and-out procedures at surgery centers across the country. Dozens — some as young as 2 — have perished after routine operations, such as colonoscopies and tonsillectomies.”

This should not stop you or a loved one from going to the hospital, but according to a recent study by Johns Hopkins, medical mistakes are the third third leading cause of death after heart disease and cancer. Dr. Martin Makary of the Johns Hopkins University School of Medicine says that “It’s the system more than the individuals that is to blame.”

A common picture that we often think about when picturing a patient in our minds is that patient receiving saline solution through an IV drip. 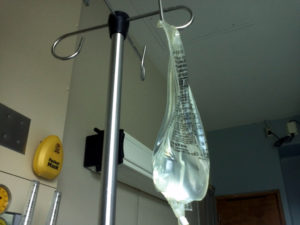 However, a recent study conducted at Vanderbilt University has called into question this widespread practice. According to one of the study leaders, Dr. Matthew Semler:

“there are tens or hundreds of thousands of patients who would be spared death or severe kidney problems by using balanced fluids instead of saline.”