In this guest article, Dr. Steve Horwitz provides 5 steps that should be taken to manage concussions in youth sports.

Concussions and CTE. These have been the two buzz words in the sports headlines for the last few years. We read and see how concussions are managed in professional sports (recent World Cup) and the recent examples of this management are disconcerting. The NFL and NHL lawsuits continue and the more we learn, the uglier it gets. What is the influence of professional sports on the decisions made by youth athletes, parents, coaches, and administrators?

#1 – Lack of Preparedness: Kids are not little adults and youth sports are not the NFL.

Over 30 million children ages five to 14 participate in organized youth sports. While the benefits of youth sports are many, there are inherent risks in physical activity. Youth athletes bear a disproportionate burden of sports and recreation-related (SR) injuries (Ref). Sports-Related Concussion (SRC) represents a subset of mTBI which occur during both competition and/or practice (Ref).

Between 1.6 and 3.8 million SRCs occur annually in the United States. (Ref) These figures likely underestimate total concussion burden, as many children who sustain concussions may not seek medical advice. Youth are especially at risk with regard to concussion. (Ref) The rate of reported concussion in high school athletes has doubled since 2005 (Ref), and youth demonstrate more prolonged recovery from symptoms (Ref) (Ref) (Ref)

In addition, there is no comprehensive and systematic data collection in youth sports (Ref) and no effective state concussion registry.

Most of youth sports is played within organizations which do not provide sideline medical staff. In non-scholastic youth sports, the burden of recognizing a concussion falls primarily on coaches and parents (Ref). Only 37% of public high schools (Ref) have one full time athletic trainer and only 28% of private high schools have one full time athletic trainer (Ref). Youth leagues, clubs, tournaments, etc. rarely provide sideline medical support. (Ref)

Studies show that parents are concerned more about concussions than any other sports injury (Ref). They have high confidence in their ability to recognize concussions, yet misconceptions are pervasive and knowledge is marginal at best. Most parents do not know that a concussion is an mTBI and few can classify a group of signs and symptoms as concussion related. Most parents are not familiar with concussion protocols, unaware if their child’s coach received formal concussion training, yet trust coaches’ ability to instruct them once an injury occurs and the coaches’ knowledge in return-to-play rules. (Ref) (Ref)

The same is true for athletes and coaches. (Ref) (Ref) The real world consequences have been devastating:

Rashaun Council: 1) the coaches of Council’s freshman team had failed to complete the state’s mandated concussion training program, and 2) they failed to recognize the clear and obvious symptoms that Council was suffering from a concussion and sent him back into competition rather than putting him in an ambulance bound for a hospital. (Ref)

When an athlete enters the “concussion protocol” it typically means the period of time from when the player is removed from play to when he/she is returned to play.

Each professional sport and the NCAA has its own concussion protocol. They also have dozens of medical staff to oversee each step of their processes. Athletes undergo different sideline examinations, locker room examinations, and the final “remove/return” decision responsibility is in the hands of the team physician. Conflict of interest is a widely debated topic. “Team doctors clearly have an obligation to the welfare of their patient (the injured athlete) but they also have an obligation to their employer (the team), whose primary interest is typically success through winning.” (Ref)

How is a youth sports coach or parent with no medical support staff going to make sense of this? How has decision making authority and responsibility?

The overriding rule in youth sports is “If in doubt, taken them out!” This sounds simple enough, but what is the reality of this critical decision? Close to 50% of youth athletes are returned too soon (Ref) putting the youth athlete at risk for further harm from premature return.

The remove from play decision must be documented:

In addition, this decision must be communicated in real time to all stakeholders: parents, coaches, and administrators. Since there are no providers to guide the process, “what to do now” instructions must be passed on to the parents.

In the current literature, two separate and distinct protocols are suggested: Return to Sport (RTS) and Return to Learn (RTL). The 2016 Consensus Statement deemed youth a “special population” that “requires special paradigms” with regard to RTS and RTL guidelines. The literature describes “graduated return to play protocols” which currently guide clinical decision making.

Most youth sports organizations do not have any written policy, nor do they have an athletic trainer to guide the process. Even if there is a policy, it is frequently outdated. Just today, I reviewed the Sports Medicine Policies & Procedures of a Division 1 university and they were still using the SCAT3 from the 2008 International Consensus Statement.

“a timeline dense with failures in communication that could have saved the 16-year-old kid.” (Ref)

The case of high school football player Robert Back makes clear the necessity for more than policies and protocols, especially in youth organizations with no medical providers. In September of 2014, Robert sustained a concussion in a Friday night football game. He played the next week’s game and is now a quadriplegic.

Even with medical staff and a written policy what ensued was a week of poor documentation and communication between all parties layered on top of a lack of education: medical, administrative, coaches, parents, and the athlete himself.

The three biggest breakdowns were poor overall concussion knowledge, lack of clarity with regard to “the protocol,” and lack of real time communication of documentation, most importantly the doctor’s note. With today’s technology, these breakdowns can be solved by a simple tool that can be on all stakeholder’s phones. 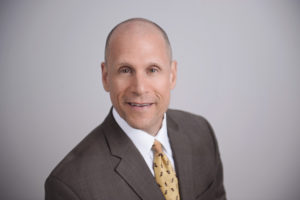 Dr. Steve Horwitz is a graduate of Cornell University and the National University of Health Sciences.

He was selected by the USOC to be the sole chiropractor on the US Olympic Team medical staff for the XXVI Olympiad. He has traveled internationally with USATF and been a sports medicine consultant to several Division 1 university sports programs.

Dr. Horwitz has served as chairman of the Maryland Council on Physical Fitness, the Maryland state director for the NSCA, and the co-chair of the Care and Prevention of Sports Injuries program in Montgomery County, MD.

Dr. Horwitz is training for the Unleash the Beast and is a two-time champion of the Tactical Strength Challenge Men’s Master’s Division. He is the founder of TeamSafe™Sports.