The prevalence of peanut allergy in the US has more than quadrupled in the past 13 years going from 0.4% in 1997 to 2% in 2010, amounting to more than 6.5 million people.  It has become a significant issue in homes, schools, restaurants, and physician’s offices.

Symptoms of peanut allergies can range from rashes and itching to life-threatening anaphylaxis.  Even very small amounts of peanut allergen can result in significant reactions. In fact, peanut allergy is the leading cause of anaphylaxis and death related to food allergy in the US.  Because peanuts are very common in the US diet, patients and their families must remain vigilant. This vigilance can lead to anxiety, social isolation, and depression.

A family history of atopy and the presence of atopic dermatitis are risk factors for the development of peanut allergies.

The severity of the reaction to peanuts is highly variable.  Attempts to predict the severity of a reaction based on past allergic reactions has been proven to be unreliable. For example, in one study of children with an initial reaction to peanut allergen that was non-life threatening, 44% had a potentially life-threatening reaction subsequently.  Similarly, an analysis of the level of sIgE, or the size of a skin prick test was equally unrewarding.

Among patients that have had a fatal, or near-fatal reaction, there are some commonalities that the practitioner should note and that should form the basis of prevention counseling. These include: concomitant asthma, delayed administration of epinephrine, lack of skin symptoms and concurrent intake of alcohol (which may increase absorption of the allergen.)

The mainstays of treatment for mild allergic reactions include antihistamines, epinephrine, and steroids.  For severe allergic reactions, prehospital patients should also receive high flow oxygen, cardiac monitoring, and intravenous access with isotonic crystalline fluid.   The practitioner should closely monitor the patient’s vital signs, mentation, and airway patency until the patient can be transferred to an emergency department. The early use of intramuscular epinephrine in anaphylaxis is encouraged, as there are no absolute contraindications to its use and studies of anaphylactic deaths show a positive correlation with the delayed administration.

Omalizumab, an anti-IgE treatment, is a recombinant DNA-derived humanized monoclonal antibody that selectively binds to human IgE.   While it has been studied as a means of facilitating rapid oral desensitization for peanut allergy in oral immune therapy trials, it has no role in the acute treatment of IgE dependent allergic reactions from peanut exposure.  Paradoxically, Omalizumab administration itself may cause severe allergic reactions and anaphylaxis in some patients.

In the past, it was thought that by a child avoiding exposure to peanuts and so peanut sensitization, a peanut allergy a peanut allergy could be avoided.   Accordingly, US physicians counseled parents on avoiding peanut exposure in their children. Despite peanut avoidance, the incidence of peanut allergies continued to rise.  Observational studies showed that children who were exposed to peanuts as infants had fewer peanut allergies. To address the issue of prevention of peanut allergies, a randomized study to investigate early peanut antigen introduction as a strategy to prevent peanut allergy was undertaken.   It was called the “Learning Early About Peanut allergy” study or LEAP. The results were published online in the New England Journal of Medicine.

Results from the LEAP study showed that early introduction of peanuts to the diets of infants within the first 11 months of life significantly reduced their risk of developing peanut allergy by age 5 years, even in those children who were at high risk for the development of peanut allergies.   These findings provide significant evidence that the timing of the introduction of peanut into an infant’s diet can influence whether the child develops a peanut allergy. It also suggests that the previous strategy of peanut avoidance is associated with greater frequency of clinical peanut allergy than consumption.

Two New Therapies on the Horizon

While the early introduction of peanuts into the diet of infants appears to decrease the risk for the development of allergies, at least two therapies currently under investigation are aimed at increasing tolerance to those who already have established allergies.  Each therapy attempts to induce immune tolerance through a different route.

Aimmune Therapeutics has an investigational biologic drug designated AR101.  It is now in the final stages of clinical testing to support regulatory approval.

AR101 is designed to help protect patients from severe allergic reactions in case they are accidentally exposed to peanut.  AR101 was created for use in oral immunotherapy. The drug has a characterized protein profile found in peanuts, analyzed to ensure consistent major allergen content. The amount of active ingredient in each AR101 capsule is controlled to ensure minimal variability of allergen content across doses of a given strength.  Peanut-allergic patients are given escalating oral doses of this drug in their allergist’s office. Over the course of 6 months, they become desensitized to peanuts. Patients then take maintenance doses of AR101 in order to maintain desensitization.

DBV Technologies has developed a patch call Viaskin.  When its applied to the skin, the peanut protein hyrdostatically applied the patch is absorbed by the skin’s dendritic cells; a technique that is called epicutaneous immunotherapy.   Daily administration of the patch results in both immunological modulation and clinically meaningful desensitization resulting in protection from accidental exposure to peanut.  Importantly, there were no episodes of severe allergic reactions in any of the participants in the clinical trials and the patch seems easily incorporated into both the lives of patients and allergist practices. 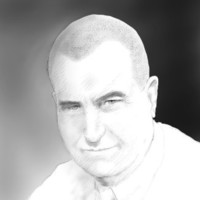 Campion Quinn, MD, is board certified in internal medicine, emergency medicine and geriatric medicine.  He works as a consultant in New York City and is a consultant to DBV Technologies.