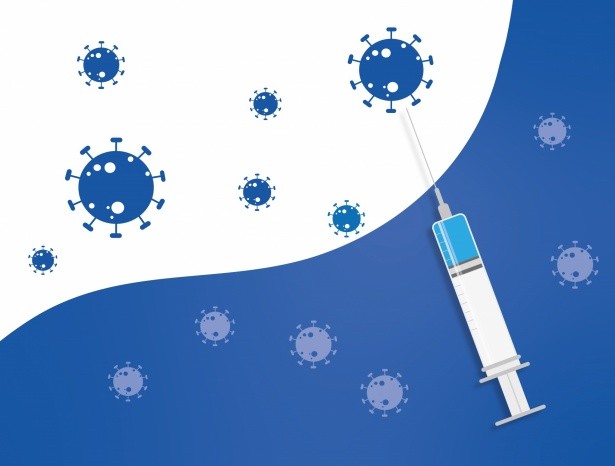 Editor’s note: Chickenpox (varicella) has “practically been eliminated” by vaccination in the US.

Why not let people develop immunity to all diseases on their own?

It is estimated that 300 million people died of smallpox disease worldwide in the 20th century alone. That translates to a 30 percent case-fatality rate (the proportion of people diagnosed with a disease, who end up dying of it). That was nearly a third of the world’s population at the time. This was more than the death toll in World War I and II combined. Viewed in a more recent context, the COVID-19 Pandemic has claimed an estimated 15 million lives worldwide – a case-fatality rate of just 0.7 percent.

Smallpox disease can be traced as far back as ancient Egypt. Pharaoh Ramses V is believed to have succumbed to smallpox in 1142 BCE, based on the lesions noted on his mummified remains. In 1521 BCE, smallpox significantly contributed to the fall of the Aztec empire in Tenochtitlàn (present-day Mexico). Having no immunity to European diseases, nearly half of the Tenochtitlàn population perished from smallpox, crippling their defense against the Spanish invaders. Ultimately the Aztec empire, the last Mesoamerican native population, fell to the Conquistadors.

Who Developed the First Vaccine? 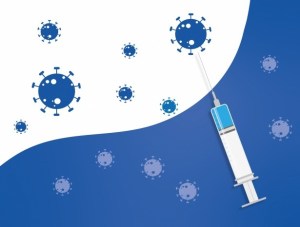 Edward Jenner, a physician in England, is generally credited with first demonstrating the process of inoculation in 1796. Thus, he led the way for the first vaccine ever produced on a large scale.  At that time, it was suspected that exposure to cowpox (vaccinia virus) helped milkmaids develop immunity to smallpox (variola virus). Jenner successfully inoculated a boy with cowpox from a milkmaid and proved that this conferred immunity when the boy did not get sick months later when injected with smallpox.

The fundamental concept behind vaccination is inoculation, exposing a healthy person (via inhalation or injection) to a bit of the infectious organism or a similar one (in Jenner’s case, cowpox) to call the immune system into action which destroys it. The small exposure causes mild illness, significantly less severe than natural exposure. This also initiates a cascade of events that creates defenses against future invasions by the specific infectious organism as well as ones that are structurally related. Jenner noted that inoculated persons were no longer susceptible to becoming infected with smallpox after injecting them with smallpox months after inoculation. They were immune. A broader look at history sheds light on additional sources of wisdom in this regard that actually preceded Jenner.

The origins of immunization date at least as far back as ancient Asia and Africa. In 15th century China, healthy people self-inoculated by inhaling ground-up scabs of those infected with smallpox. The death rate was reported to be significantly less.

Just prior to the smallpox outbreak in Boston in 1721, Cotton Mather, the Puritan minister known for his role in the Salem witch trials, reported learning about inoculation from his enslaved African, Onesimus. He explained how he himself became immune to Smallpox using a traditional healing practice. Onesimus shared that in his homeland, it was common practice to apply a bit of pus from the wound of a smallpox-infected person to a cut made in a healthy person’s skin in order to provoke the disease in a milder form that gave lifetime protection against smallpox disease.

Mather and Dr. Zabdiel Boylston inoculated their household and family members with this method. Boylston kept meticulous records of how each person fared and demonstrated a 1% death rate among those inoculated. This, along with the support of George Washington, spurred the movement to vaccinate against smallpox in the US.

Subsequently, there were several smallpox outbreaks worldwide. Then in 1967 the World Health Organization (WHO) successfully instituted an ambitious campaign to vaccinate the globe. Through mass immunization campaigns coupled with local surveillance and the timely development of the bifurcated needle (more efficient and cost-effective than the jet injector needle used prior), the WHO declared smallpox eradicated globally and recommended smallpox immunization cease in 1980.

Skepticism about vaccination has played a role in vaccine hesitancy throughout the centuries. Religious opposition, resistance to traditional healing practices, suspicions about scientific experimentation, and fear of new health interventions and their potential adverse consequences have often hindered full adoption of vaccination. Civil unrest has also hindered vaccination globally through disruption of programs, being cut off from supply lines and impeded access in other ways. These are complex issues not easily solved.

However, the advent of vaccinations, along with the availability of safe water and antibiotics, is among the top 10 most important achievements of the 20th (and thus far, 21st) century despite hindrances. Death rates due to infectious disease particularly among children fell dramatically with the routine administration of vaccines such as Haemophilus influenzae, Diphtheria, pertussis and tetanus. Life expectancy increased by 30 years in the 20th century thanks in large part due to the impact of vaccination.

The Vaccines for Children (VFC) program has been a critically important component in making vaccines available to vulnerable populations focusing on children. Inspired by the measles outbreak of 1991, the program was created by the Omnibus Reconciliation Act of 1993. The VFC program makes childhood vaccinations available to children who are uninsured, American Indian/Alaskan Native and in certain settings, underinsured (i.e. their insurance doesn’t cover vaccinations).

Multiple efforts are underway to improve vaccination rates among adults as well. The US Department of Health and Human Services (HHS) released a National Adult Vaccination Plan for 2010-2020. Data thus far demonstrates multiple barriers to full implementation. Yet, the National Immunization and Influenza Summit (NAIIS), a collaboration of over 700 partners, is currently making inroads to these barriers.

The global reach of vaccines has been supported by organizations such as the WHO, United Nations Children’s Fund (UNICEF), Gavi, the Vaccine Alliance, The Bill and Melinda Gates Foundation, and the Coalition for Epidemic Preparedness Initiative (CEPI). Vaccination of children and adults has made a substantial benefit and quantifiable health, economic and social impact, not just in the United States but in the global community.

The COVID-19 epidemic brought the need for this kind of global vaccine response into clear focus. Despite political distractions, the speed at which 30 years of research and development of an mRNA vaccine was deployed for use was unprecedented. Through the work of global organizations noted above, doses of vaccines were distributed globally with the WHO and World Bank guiding equitable distribution.

Now, the task at hand is managing the latest vaccine-preventable disease to emerge, Monkeypox. Jynneos vaccine to the rescue! More on this in another publication. 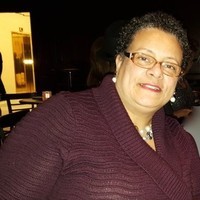 Karen Ekwueme is a board certified family medicine physician with 24 years of Primary Care and 8 years of urgent care.