Lenore Alexander tells the story of her daughter Leah, whose life might have been saved had she been continuously electronically monitored.

by Lenore Alexander, active member of Mothers Against Medical Errors

“Would real-time monitoring have saved Leah?”

That is one of the many questions that I have asked myself every day since I found my daughter, Leah, dead in her hospital bed.

The answer is yes, it would have. 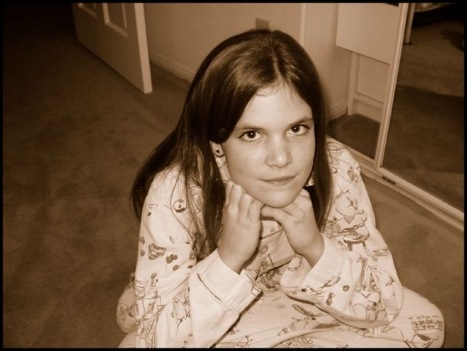 When I brought Leah to Cedars-Sinai hospital in Los Angeles that Friday morning, she was a healthy 11-year-old girl. She was scheduled to have elective surgery to repair a condition called pectus carinatum, which required the opening of her chest.

Because the hospital was very busy that morning, the operation was repeatedly postponed, being moved from its original early morning time to late afternoon, when it was finally performed.

Leah’s doctors told me that the surgery had gone well and that the epidural anesthesia used during the operation had been left in place to manage her postoperative pain.

Despite the epidural anesthesia, on Saturday Leah complained of being in considerable pain, and the fentanyl she was receiving was repeatedly increased.

Still in pain, she was becoming less alert. I wanted to know whether there could be some other problem.

Each time I voiced my concerns, asking that the anesthesiologist responsible for her pain management be contacted, I was given the same response: She will be up and walking tomorrow.

When I refused to allow them to increase the dosage anymore, the resident gave her 2mg of Ativan for “anxiety,” even though Leah could barely stay awake.

The medical staff seemed unconcerned. Late Saturday afternoon when her surgeon dropped by — dressed in a tuxedo and on his way to a dinner — he told Leah and me that Leah had to spend more time out of bed. He removed her urinary catheter so that, he said, she would have to get up and walk. When I protested that Leah was not capable of walking in her condition, he said cheerfully, “I’m going to have to trump you on this one.” Had he felt her pulse, examined her in any minor way, would he have realized that she was not getting better, and possibly detected the respiratory depression that would very soon take her life? Quite likely. .

When Leah had to use the bathroom, it took three adults to hold her up. She couldn’t even keep her head up.

Sometime after midnight Saturday, exhausted, I allowed myself to take a nap. Had I been awake, would I have been able to do anything? If hospital staffers had checked on her during that time, would they have found something wrong?

The real question is, why wasn’t Leah on any monitors?

When I woke up just two hours later, I found that Leah was dead. “Dead in Bed,” I have learned, is the term for how I found my beautiful child.

Nobody from the hospital had entered her room from the shift change around 8 p.m. until my screams summoned them at 3 a.m.

What happened? Why did it happen? Why had no one from the hospital checked on her?

Since that day, I have continued to ask many questions and learn why this happened to my daughter.

At the autopsy, it was discovered that her epidural had been inserted in the wrong place. Instead of delivering the pain medication to the epidural space in Leah’s spine, it had been administered into the intrapleural space of her left lung.

This explained why she was feeling so much pain. The narcotics were not going where they should have been going. Yet, despite all of my and her father’s questions, nobody at the hospital had checked the epidural site. Physically checking the site may not have been enough to show it was not placed properly. However, I know that when properly given an epidural, you don’t feel your lower extremities, and Leah’s legs hurt so much she wouldn’t allow us to reposition her in the bed. That, in retrospect, was a big realization for me, but why not for her caregivers? The hospital staffers were inattentive and disinterested. The resident who gave Leah 2 mg of Ativan did not examine my child, not even to listen to her heart. Had she done a more thorough inspection, would she have found something wrong? And none of Leah’s nurses knew how to use the new computer system, and almost totally ignored her computerized chart. They did not know how to pull it up on the computer, and almost all the nursing notes were handwritten after each shift change.

Lastly, and very important, Leah was not monitored, either by a pulse oximeter or capnograph. Had she been monitored, perhaps she would still be alive today. This monitoring would have alerted hospital staff that my daughter’s health was deteriorating.

Almost 10 years have passed since Leah died. I have never received an apology or any admission of wrongdoing from anybody involved. I realize a number of people were responsible for my child’s death. I am the only one of this group who accepts any responsibility. And now to understand that she could have been saved by something so simple is inconceivable.

I know we can prevent another outcome like Leah’s death.

I urge you to make this a priority.

When we enter the hospital, we believe that basic safety precautions are “standard of care.”

Ten years after my daughter’s death, nothing has changed in the codes of monitoring post-op patients continuously, until they leave the hospital. Alive.

This is the only thing I am able to do for Leah now: Make sure no other mother has to live with the pain I endure, when the solution is within reach and so easy to implement.

22 thoughts on “Yes, Real-Time Monitoring Would Have Saved Leah”