AOL recounts Lenore’s discussion with Katie Couric that “Leah was not hooked up to any monitors” following her successful surgery to repair a condition called pectus carinatum or ‘pigeon’s chest’, a fairly common condition where the sternum protrudes forward caused by an overgrowth of cartilage. 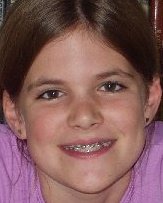 As AOL reports, “Lenore brought her 11-year old daughter Leah to a prestigious Southern California hospital for what she thought was routine surgery to correct what’s known as ‘pigeon’s chest’. Leah’s mother Lenore Alexander claims the doctors said her daughter’s chest was correctable, but she was not fully warned about the risks.”

Although being on the “the highest amount of a drug 100 times stronger than morphine”, AOL further reports that “Leah was not hooked up to any monitors, something that proved to be fatal.”

As Lenore recalls, “She was dead. For forty minutes, they’re pounding on her chest to resuscitate her and I’m sitting in the hall crying because I know she’s dead. I’ve seen her.”

Lenore is fighting for what she calls Leah’s Law hoping that hospitals will adopt continuous monitoring as a standard of care. As she told the Physician-Patient Alliance for Health & Safety, “No one, no family should have to go through what my family and I have endured. Had Leah been continuously electronically monitored, an alarm would have sounded when her respiration was deteriorating and that would have prompted her nurses to intervene. The current standard of care is to check on the patient every two or four hours, which is what happened to my daughter Leah. That’s simply not good enough, because we have the monitoring technology and know how today to prevent many of the tragedies from occurring.”

Michael Wong (Executive Director of the Physician-Patient Alliance for Health & Safety) says, “To reduce the number of preventable deaths, we support Lenore Alexander in her  fight to have hospitals continuous electronically monitor all post-operative patients receiving opioids to manage their pain.”

Dr. Pronovost also discussed the number of preventable deaths that occur each year in the United States, “Frame the size of your problem. I suspect that all of your viewers either have been touched by or a family member has been harmed by mistakes. It is the third leading cause of death in this country. More people die from medical mistakes each year than died per year in the civil war.