A recent article in The Lancet published findings that suggest mortality after non-cardiac surgery in Europe may be higher than expected.

Dr. Rupert Pearse and a team of researchers conducted the European Surgical Outcomes Study (EuSOS)—a study that spanned 28 European countries and included 498 hospitals—in an attempt to describe mortality after non cardiac surgery at a national and international level.

Heterogeneity between hospitals suggests potential to improve care for patients—in particular, high risk surgical patients who are appropriate for post op ICU admission. It also makes it difficult to describe clinical outcome improvement at the national and international level. This difficulty in the actual potential to improve care remained unconfirmed and provided impetus for the EuSOS Study. 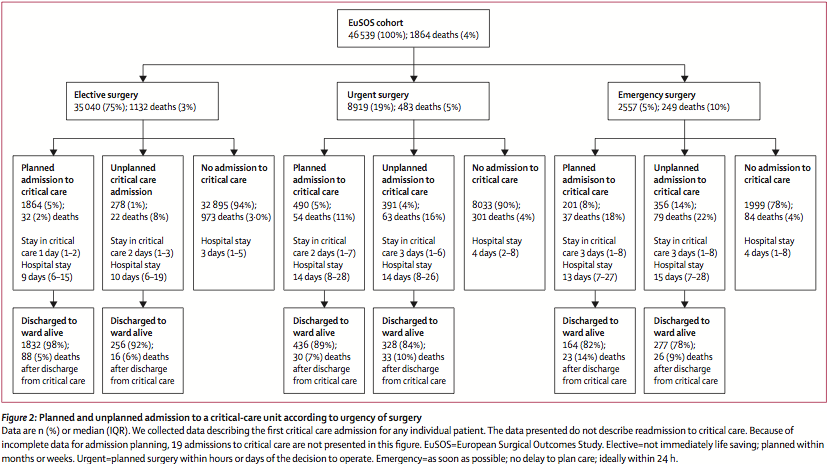 The researchers looked at in-hospital mortality, duration of hospital stay, and admission to critical care in its assessment of clinical outcomes. They found that mortality rate for inpatient non-cardiac surgery was higher than expected, at 4 percent.

“Variations in mortality between countries suggest the need for national and international strategies to improve care for this group of patients,” say the authors.

Contained within the article are eight facts about non-cardiac surgery that may surprise you:

According to the authors, the findings may indicate a “systematic failure in the process of allocation of critical care resources”, saying that the study suggests both the need and potential to implement measures to improve postoperative outcomes. 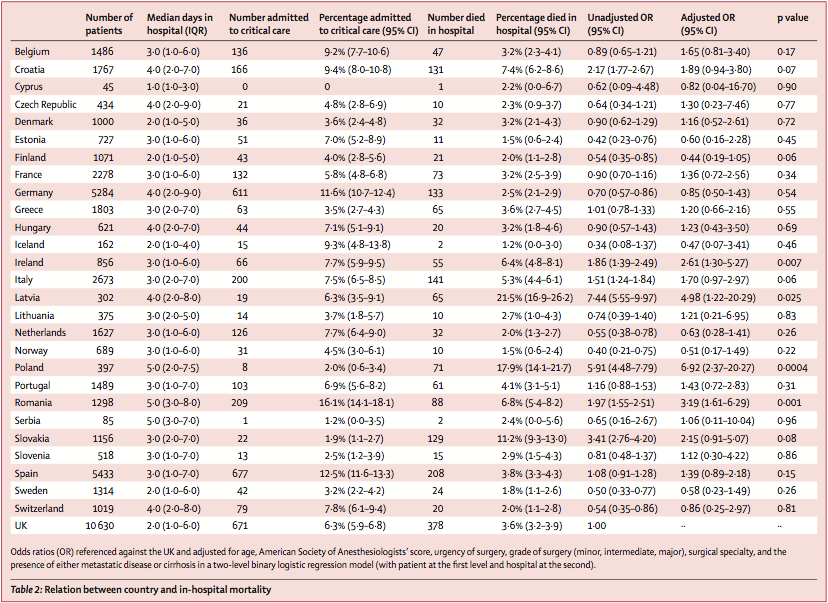 The authors conclude that the quality of perioperative care is likely to be among the most important reasons why outcomes for cardiac and non-cardiac surgical patients differ. They point towards preoperative assessment, optimization of coexisting medical disease, WHO surgical checklists, advanced haemodynamic monitoring during surgery, early admission to critical care, acute pain management, and hospital discharge planning as possible areas for improvement.

Are you involved in non-cardiac surgeries at a hospital? Tell us what you think of the EuSOS Study.