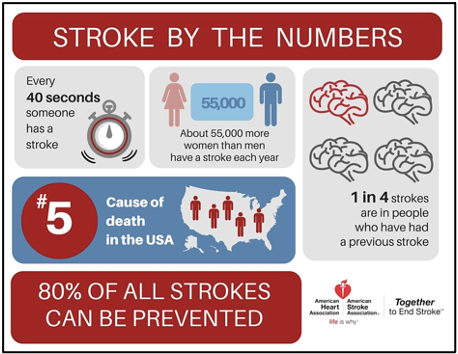 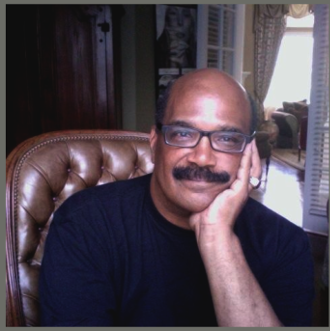 What many people may not know is that Mark suffered a stroke due to an undiagnosed heart arrhythmia known as atrial fibrillation. A person with atrial fibrillation has an increased risk of stroke due to the upper chambers of the heart beating irregularly causing the blood to pool. When the blood pools it increases the risk of clots that can travel in the bloodstream and obstructs the vessels supplying blood to the brain. This is an ischemic stroke which accounts for 80-90% of strokes.

For Mark, this stroke led to an extensive rehabilitation journey to regain his baseline functioning. Mark shared with me in our interview for YouTube – “I was in a coma, I was in intensive care for a week, I was in the hospital for a month, rehab for a year … I wouldn’t wish stroke on my worst enemy. It’s like being stuck in a block of ice – your brain can handle things, but it’s hard to speak, it’s hard to move, it changes everything.”

To read about the interview I did with Mark, please read this here, and to listen to the interview, please go to our YouTube channel.

And, while I wholeheartedly would like you to lead a healthier lifestyle (for example, to stop smoking, drink less alcohol, and eat more fruits and vegetables), in this blog, here are three common misconceptions about stroke: 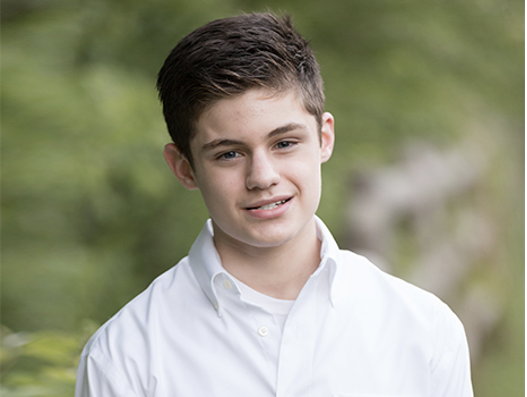 As KMBC-TV, a television station in Kansas City reported:

“He participates in basketball and baseball. We’ve done some flag football in the past,” said Keith Goble.

Kyle’s parents said they had no idea their healthy son was having a shower of small strokes two weeks ago when he started complaining of a pounding headache and blurred vision. He was also moving slower than normal.

“We’re really pretty good about getting to practice on time, if not early,” said Keith Goble. “By the time I was able to get him out of the house that morning, we were about 20 minutes late to practice.”

He said five days later, Kyle had a larger stroke.

“Your knees just buckle,” said Kyle’s mother, Terri Goble. “You’re, like, ‘Oh, my goodness. My child has had a stroke.’ It was devastating.”

Dr. Michael Abraham, a brain surgeon at the University of Kansas Hospital, said a clot was blocking blood flow to a critical part of Kyle’s brain.

Removing it was a race against time. Abraham said every minute the clot stayed there, 2 million neurons are dying.

New cases of a debilitating and often deadly type of stroke that causes bleeding in the brain have been increasing in the U.S., growing at an even faster rate among younger to middle-aged adults than older ones …

‘From a public health perspective, these results are troubling and indicate risk factors are not being well managed in young adults in the U.S.,’ said Dr. Karen Furie, chief of neurology at Rhode Island Hospital and chair of the department of neurology at Brown University’s Warren Alpert Medical School in Providence.

So, just because you’re young, it doesn’t mean that you can’t suffer from a stroke. Youth doesn’t mean you’re invincible from having a stroke. A stroke is not just something that happens to old people, young people and adolescents can also have strokes.

Myth #2 About Strokes: Athletes and other “strong” people don’t get strokes

A common misconception is that athletes don’t get strokes – after all, they’re fit, they’re active … they are the last thing one might generally think of as a possible stroke victim.

Michael Johnson is an American sprinter who won four Olympic gold medals and eight World Championships gold medals. He formerly held the World and Olympic records in the 200m and 400m, as well as the world record in the indoor 400 m.

As reported by the American Heart Association:

That afternoon, Johnson put in 45 minutes of high-intensity strength and cardio exercises. The strain and sweat felt good.

He saw his wife outside with Angelo, their light brown Italian water dog. Johnson walked over to chat, then turned to walk back into the gym.

He hobbled to a weight bench, sat and pondered the workout. What went wrong that might have caused this?

Before he could pinpoint anything, his left arm tingled. Then it twitched.

Johnson struggled into the house and described the sensations to his wife. He reclined on the sofa and called the director of performance at his training facility. Everyone agreed he should see a doctor …

Johnson’s stroke was ischemic. The MRI showed that a clot had come and gone. But, like a tornado, it left a swath of destruction among the blood vessels on the right side of his brain.

“I can’t say 100% I am in a situation now where I’m totally comfortable being vulnerable,” says the sprinter who was known as ‘Superman’ during his career – and at the 1997 World Championships wore a shirt bearing the comic book character’s ‘S’ on a victory lap.

“It’s highlighted that it’s an issue that I have, this need to be superman, so to speak. This need to feel that people perceive me as being very fit, strong and able to do all these different things is a personal issue that I have got to still work through.

“I think one of the real lessons for me in this situation was being faced with the vulnerable position of not being able to walk. Needing help to do that and some of the regular normal daily activities of life was tough for me.

Myth #3 About Strokes: I can’t be having a stroke because I’m not in pain

Just because you may not be experiencing any pain, you could still be suffering a stroke.

If you are experiencing any of the symptoms of a stroke, even though you may not be having any pain, you could be having a stroke. According to the CDC, these are the signs of a stroke:

A silent stroke is most often caused by reduced blood flow in one of the smaller arteries that feed the brain. It can occur without noticeable symptoms if it affects a part of the brain that doesn’t control major movements or vital functions. This means it won’t produce traditional stroke symptoms such as weakness in your arm or leg or garbled speech. A silent stroke may also produce symptoms you mistakenly attribute to something else, such as garden-variety clumsiness or random memory lapses. Similar to reducing the chance of a major stroke, addressing cardiovascular risk factors, such as high cholesterol and high blood pressure, also lowers the risk of having silent strokes.

Don’t let these misconceptions about strokes affect your health: