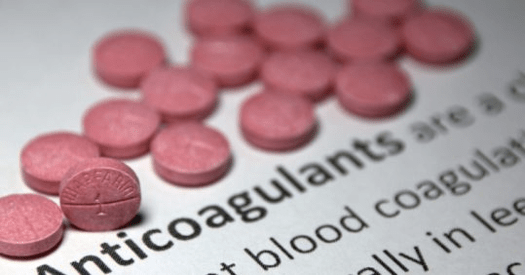 CVS Caremark has put patients first by putting Eliquis® (apixaban) back on its formulary. By doing so, they have stayed true to their motto – “Your health is our priority. At CVS Caremark, each and every one of us is dedicated to helping you on your path to better health.”

Now, I can’t say the same thing about its decision at the end of 2021, but I’ll let you be the judge of that. In its original decision, CVS Caremark (part of CVS Health) decided to exclude Eliquis from the CVS Caremark Preferred Drug List. Eliquis is “indicated to reduce the risk of stroke and systemic embolism in patients with NVAF. Eliquis is indicated for the treatment of DVT [deep vein thrombosis] and PE [pulmonary embolism], and to reduce the risk of recurrent DVT and PE following initial therapy.” Eliquis is a Factor Xa inhibitor and is a Direct Oral Anticoagulant (DOAC).

DOACs are considered a next-generation blood thinner as they have demonstrated “superiority or noninferiority to prior standards of care, anticoagulation with vitamin K antagonists (VKA; ie, warfarin), or low‐molecular‐weight heparins (LMWHs), in reducing the risk of thromboembolic complications with similar or reduced bleeding risk. Advantages of DOACs compared with VKAs include fewer monitoring requirements, less frequent follow‐up, more immediate drug onset and offset effects (important for periprocedural and acute bleeding management), and fewer drug and food interactions.”

The original 2021 CVS Caremark decision to exclude Eliquis meant that patients who were filling their prescriptions through CVS Caremark would need to transition to Xarelto® or be willing to pay 100% of the cost of Eliquis. This meant that CVS Caremark had decided that Xarelto must be used by all such patients requiring a DOAC, even though none of these patients has a physician-patient relationship with CVS Caremark.

Reversing a Decision is a Rarity: The Eliquis Decision

It is not often that an individual, organization, or company reverses its decision. As workplace culture consultant, Gustavo Razzetti, observes:

It takes a big person to admit their mistakes, but saying they’re wrong feels impossible for most leaders. As a workplace culture consultant, I witness this behavior more often than not. Leaders stick to their guns despite ample data showing how bad the future will play out.

The main difficulty in reversing one’s decision is that the reversal may be an admission that the original decision was incorrect. As Mike Brooks, Ph.D., writes in Psychology Today about the difficulty of admitting wrong, “admitting we are wrong is very difficult, even under the best of circumstances.”

Yet, remarkably, this is just what has happened at CVS Caremark regarding Eliquis. As the American College of Cardiology (ACC) reports:

CVS Caremark has informed the ACC that due to a significant reduction in manufacturer pricing the pharmacy benefits manager will return to apixaban as a preferred product over other direct oral anticoagulants (DOACs) effective July 1.

Since January 2022, CVS Caremark has required patients on apixaban to switch to rivaroxaban or request a formulary exception. As of July 1, these patients will have access to apixaban without the need for requesting an exception. CVS Caremark will be sending follow-up letters to patients who were impacted.

Last year, the ACC and the American Society of Hematology (ASH) engaged with CVS Caremark over this change to convey concerns of its potential impact on patients and practice staff. ACC and ASH also provided CVS Caremark with specific clinical scenarios where exceptions should be approved. During subsequent meetings, ACC and ASH communicated examples of real-world implications on patients and additional workloads for medical practices related to medication approvals, as well as the vital need for the selection of medications to be left to the patients and clinicians.

Moving forward after July 1, for CVS Caremark patients that are currently on rivaroxaban, but need to switch to apixaban, there should be an active prescription for apixaban.

Of course, a lot of pressure was put on CVS Caremark to reverse its decision on Eliquis, particularly from the medical societies such as ACC and the American Society of Hematology. Additionally, patient advocates advocated strenuously for the reversal of CVS Caremark’s decision. Most notably, Beth Waldron engaged in a David vs. Goliath-like battle and won. Moreover, in that battle, CVS Caremark may have also violated Ms. Waldron’s HIPAA rights:

her disagreement with CVS Caremark about the formulary change and her social media posts escalated into a situation that resulted in two phone calls earlier this month from someone at CVS Health, who Waldron said told her that his department was working on behalf of the office of the company’s president and CEO, Karen Lynch. Waldron said the caller wanted to know why she was upset and posting on Twitter if she had gotten the prior authorization to continue on Eliquis. It was then that Waldron came to believe that he had accessed her medical records.

“I think this call was about me as an advocate, but they reached an advocate by accessing my medical information. And that is not cool. That just feels wrong,” Waldron says. “There needs to be some protection in place for that.”

Waldron tweeted on Monday that she had filed a formal complaint that the two phone calls from CVS Health were a Health Insurance Portability and Accountability Act (HIPAA) violation. She said the first one occurred on April 7 when she was at her mother’s house as a caregiver, and she had a longer follow-up call the next day.

In a prepared statement, CVS Health said it regretted “any misunderstanding resulting from our outreach to Ms. Waldron. Because she is a PBM member, our member services team contacted her after she tagged us in her social media posts. Our intent was to listen to and address her concerns, as we do for any complaint, we receive from a PBM member.” A company spokesman said company officials would not comment beyond the prepared statement.

Was the CVS Caremark Reversal of Its Decision on Eliquis Just a Business One?

On other hand, perhaps the CVS Caremark reversal of its decision was just a dollars and cents business decision?

In its report on the CVS Caremark reversal, Fierce Pharma says the decision came after negotiating a lower net price with the drug manufacturer:

A spokesperson for CVS on Thursday said the company managed to secure lower net costs for patients after negotiations with Eliquis’ manufacturers, Bristol Myers Squibb and Pfizer, leading it to re-add the drug to its formulary effective July 1. The drug was previously not included (PDF) starting Jan. 1 of this year.

“Anti-coagulant therapies are among the non-specialty products where we are seeing the fastest cost increases from drug manufacturers and we will continue to push back on unwarranted price increases,” CVS Health’s spokesperson said. 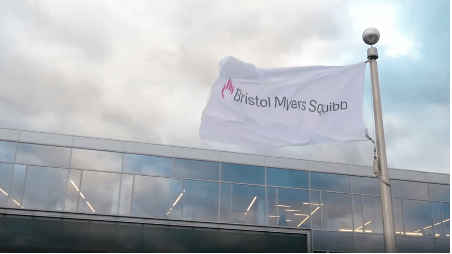 Was the CVS Caremark Reversal of Its Decision a Realization that It Was Practicing Medicine Illegally?

In my recent post, “CVS Caremark Formulary Exclusion of Eliquis is a Patient Safety Risk,” I asked the question, “Is CVS Caremark Illegally Practicing Medicine?”:

The key question and critical issue is – should CVS be making medication decisions for patients or should that decision be left to each patient’s physician? Healthcare insurers never went to medical school or are licensed to practice medicine, so why are they practicing medicine?

Is the CVS Caremark reversal of its decision a lesson for PBMs (pharmacy benefit managers)?

The optimist in me would like to think that this will be a lesson for CVS Caremark and for other PBMs. After all, the FTC is now investigating the practices of PBMs and has asked for public feedback on these eight issues:

[For some patient comments that we received on this issue, please read the comments to my blog post, “CVS Caremark Formulary Exclusion of Eliquis is a Patient Safety Risk.”]

However, the realist in me tells me that this is a fight that will, unfortunately, be repeated again and again.

The health industry can indeed make the right decisions for patients. One example is CVS Caremark’s reversal of its decision to put apixaban back on its formulary. We just need more examples of patient-centered decisions.