END_OF_DOCUMENT_TOKEN_TO_BE_REPLACED

As more details emerge about Joan Rivers’ death, one thing is clear: It could have been prevented. When it comes to elective surgery, even famous people – who have access to the best – aren’t immune to complications …

END_OF_DOCUMENT_TOKEN_TO_BE_REPLACED

My Mom, Louise Batz, died from a preventable medical error after recovering knee surgery. Mom went into the hospital for knee replacement surgery. 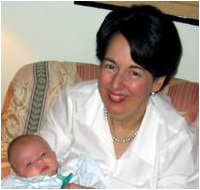 This was not emergency surgery. She had planned the surgery so she would have enough time to heal and be ready to welcome the arrival of her fourth grandchild. END_OF_DOCUMENT_TOKEN_TO_BE_REPLACED