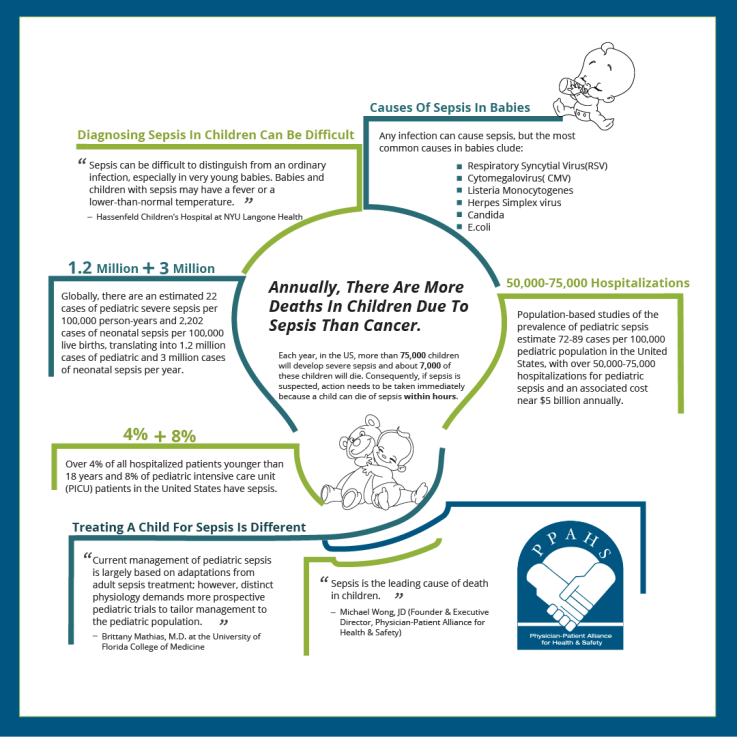 Pediatric Sepsis is a Common and Deadly Problem

According to the Society of Critical Care Medicine (SCCM), pediatric sepsis is a common and deadly public health issue:

Population-based studies of the prevalence of pediatric sepsis estimate 72-89 cases per 100,000 pediatric population in the United States, with over 50,000-75,000 hospitalizations for pediatric sepsis and an associated cost near $5 billion annually. Globally, there are an estimated 22 cases of pediatric severe sepsis per 100,000 person-years and 2,202 cases of neonatal sepsis per 100,000 live births, translating into 1.2 million cases of pediatric and 3 million cases of neonatal sepsis per year. Over 4% of all hospitalized patients younger than 18 years and 8% of pediatric intensive care unit (PICU) patients in the United States have sepsis. Although estimates are challenged by a lack of standardized data collection and inconsistent reporting, these data confirm that sepsis is common in pediatric patients.