Abstract: The lesson learned from the death of Michelle McNamara – taking opioids can kill you. The opioid fentanyl can cause delayed respiratory depression and tragically death, particularly when used in combination with other sedating drugs.

Michelle McNamara, the writer and wife of comedian Patton Oswalt, died unexpectedly in her sleep in April 2016. Mr. Oswalt says that her death was caused by a toxic mixture of fentanyl and other drugs. As reported by People:

END_OF_DOCUMENT_TOKEN_TO_BE_REPLACED

This week in #patientsafety, we remember Leah Coufal, an 11-year-old girl who died after experiencing respiratory depression when she received fentanyl following a successful surgery. We also share an infographic showing the U.S. opioid epidemic by the numbers. From around the web, a study finds that clinician performance is the same when the volume of alarms is turned down, an article calls on pharmacists to lead efforts against the opioid epidemic, and an investigative piece calls attention to one company’s shady sales strategy.

The U.S. Opioid Epidemic In Numbers. The PPAHS conducted a survey to gauge how clinicians and the public felt about the Surgeon General’s recommendations to fight the opioid epidemic. Advance for Nurses published an infographic summarizing our early findings.

Is It Safe to Turn Down the Volume of Hospital Alarms? New Study Chimes In: ‘Yes’. We wonder whether quieter alarms would have an impact on alarm fatigue.

ASHP Midyear: Pharmacists Can Take Lead on Addressing Opioid Crisis. Our survey found that most clinicians felt doctors should take the lead on addressing the opioid crisis. Perhaps pharmacists could lead it too?

Company gave doctor ‘one of the best nights of his life’ to boost fentanyl sales. Six former executives and sales representatives of one company were arrested following an indictment with allegations of bribery and kickbacks. 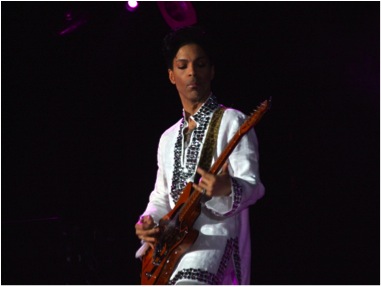 Forgotten in this discussion which brings together Prince, fentanyl, and death and the subsequent knee-jerk reaction to restrict the use of opioids is the vital role that opioids play in the management of pain, such as during surgery or to relieve chronic pain. The use of opioids often begins in the doctor’s office or as a result of a medical procedure. END_OF_DOCUMENT_TOKEN_TO_BE_REPLACED

Editor’s Note: This article first appeared on the ISMP website. It discusses the role that inadequate monitoring and muted alarms played in the recent tragic recent death of a 17-year old following a tonsillectomy. PPAHS has previously discussed deaths of pediatric patients following dental or oral procedures. We welcome your thoughts and comments on this issue.

Problem: Last April, a 17-year-old girl died following an uncomplicated tonsillectomy performed in an outpatient ambulatory surgery center after receiving a dose of IV fentaNYL in the postanesthesia care unit (PACU). The case made headline news again recently when a civil lawsuit filed by the teen’s parents was resolved. While it is too late to reverse the tragic outcome of this case, we call upon all hospitals and outpatient surgery centers to learn from the event and take action to prevent a similar tragedy in your facility. END_OF_DOCUMENT_TOKEN_TO_BE_REPLACED